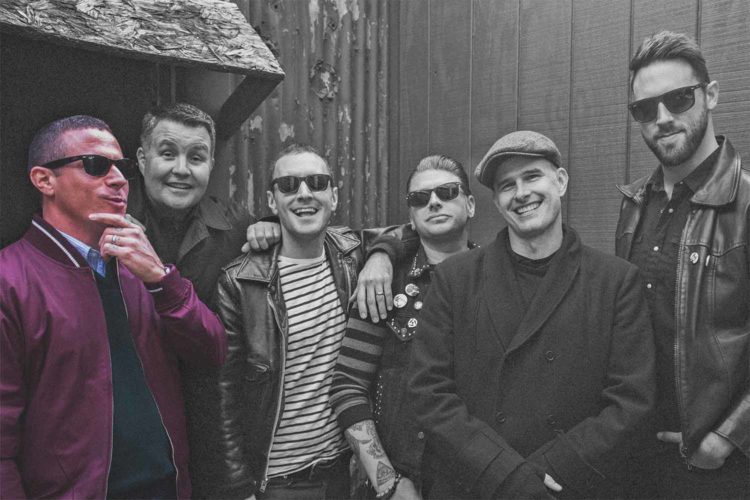 For much of their lengthy career, Dropkick Murphys have been punk’s populists.

Granted, the band’s politics do tend to swing left. They’re blue collar, defiantly pro-union, and in 2013, bassist Ken Casey famously used his instrument to physically remove a Nazi from the stage. But coming up in Boston’s hardcore scene, the band — which plays The Sylvee on Feb. 20 — existed in a grey area. For one, they were older than many of the other bands. And they weren’t afraid to talk about things that are generally considered somewhat un-punk.

“Everyone else was playing anti-police songs; we had a song called ‘John Law’ about a good cop,” Casey recently recalled to Billboard about the band’s early days. “We hated a lot of cops too, but I grew up with cops and knew there was another side.”

From punks to jocks to my own 60-something father, everyone can find something to love about Dropkick Murphys. Casey is the band’s lone original member, but drummer Matt Kelly has been with Dropkick Murphys since 1997. (He’s second in tenure.) Kelly has seen the band change shape over time, from a feverishly beloved cult act to an international force. Their songs pop up everywhere from major sporting events to Oscar-winning films.

In fact, with the obvious exception of the bagpipes, his propulsive drumming may be the Dropkicks’ most critical instrument. It puts a consistent through-line into a group that pinballs from Celtic folk to hardcore punk seemingly on a dime.

The Bozho caught up with Kelly via email to track the evolution of these punk icons, three decades in the making. This interview has been lightly edited for clarity.

You’ve been with Dropkick Murphys more than two decades. How has the band’s paradigm changed? Obviously, you guys have gotten a lot bigger in the years since, and I’m curious to know how you approach being in a punk rock band when it becomes a business as well.

Well obviously, our numbers have swelled! We went from a four-piece band with Celtic musical accompaniment on our albums to a sextet (a septet onstage) with multiple traditional instruments being enmeshed into our music on record and onstage.

The band has gotten bigger, but I think that — especially in our formative years — we took a very grassroots approach to touring. Not taking the easy money, being very careful as to the kinds of shows we played, and stuck to our guns (and continue that to this day). Our identity as a band has only grown, not changed, over the years, and I think our supporters respect that.

Dropkick has always been a political band, and you yourself expressed hope that there was a “silver lining” to the Trump presidency. Two years in, what are your thoughts on the current political landscape? Do you think that silver lining is the shift on the left toward the proletariat ethos your band has long championed?

I think both main parties should be ashamed of themselves for polarizing themselves and their constituents. I’d rather bipartisanship than the pendulum swinging too far one way or the other. It all sickens me.

Your most recent album, 11 Short Stories of Pain and Glory, is the first album you ever recorded outside of Boston. After nine albums, how important is it throw curveballs at yourselves like that (i.e., recording an album in south Texas)?

It was a matter of separating ourselves from life at home to fully immerse ourselves into the album. I was against it from the start, but I soon realized that being able to work from 10 a.m. to 10 p.m. or later every day gets a hell of a lot done. Forcing ourselves out of the responsibilities of home life and everyday distractions by going out in the middle of nowhere was awesome. It was an experience that I can only compare to the recording of Do or Die, which was the band’s first album. Back then, working in the studio was new and exciting; living at Sonic Ranch for three weeks sort of rekindled that excitement.

A lot of people were first exposed to your band through The Departed. Could you walk me through how “I’m Shipping Up to Boston” came to be in the film, as well as the immediate reaction after the film’s release?

There are a couple rumors as to how that happened. One, that Leonardo DiCaprio was or is a fan of the band and suggested it. And two, that Martin Scorsese or Robbie Robertson put it in there. I don’t know which to believe. (laughs)

As for the reaction, I remember stepping off a plane from a month in Europe, and going directly to the screening of the film somewhere in Boston. We were jet lagged, hungover, or whatever. I met up with my lovely wife Liz, and we got in there. In the theater I had Liz to one side of me and James (Lynch, Dropkick Murphys’ guitarist) to the other. When the song came on in the jail scene, and then during the film’s climax, it just seemed bizarre and otherworldly.

I mean, here’s a song we put together and recorded in some big Hollywood movie. It just seemed… weird. Our friends who saw it raved about it, and when the DVD finally came out and we got copies, I watched it again, and the song just sort of fit in there really well. I don’t know, I suppose it’s a matter of perspective.

A while you back on Twitter, you famously told our former governor, Scott Walker, how you really feel about him. Now that he’s out of office, do you have any parting words for him?

Maybe next time he should ask permission before using our song…