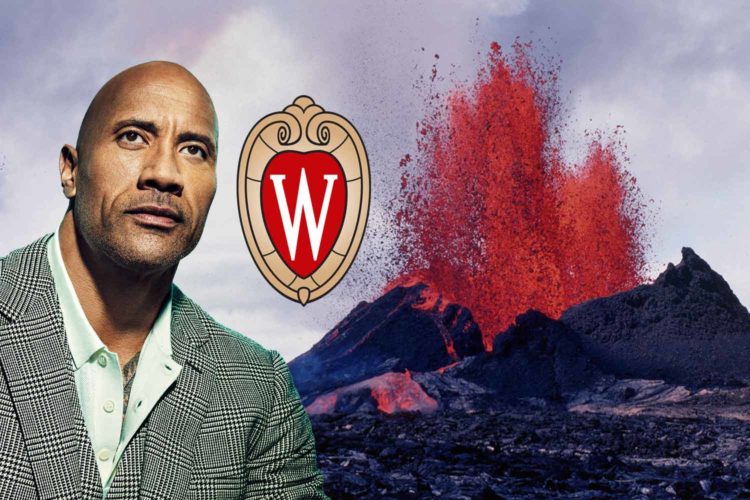 UW-Madison geology students got a surprise shoutout this week from the most famous rock in the world.

Before classes were interrupted by the ongoing COVID-19 pandemic, those enrolled in the university’s GEOSCI 100 course were asked to “dream big” about the class’s future. Among those dreams was apparently learning Hollywood megastar Dwayne “The Rock” Johnson’s favorite geological topics. It was a long shot. After all, this is an introductory science class in Wisconsin reaching out to the star of the Fast and Furious and Jumanji franchises.

those dreams! We’d be grateful for a hello, or a mention of your favorite rock, geological place, or geoscience topic. I’d share your contribution in the last video lecture next Thurs. It will be something they’ll remember forever! Learn more about us at https://t.co/5IyXMcttfZ.

But evidently Johnson has some extra time on his chiseled hands, because he actually responded! And not just with a perfunctory, “Hey, it’s me, beloved celebrity Dwayne ‘The Rock’ Johnson.” Instead, the eight-time WWE champion fired off a series of tweets about an array of things, from his favorite subjects (including paleontology — please Hollywood, put this man in a Jurassic Park movie) and his favorite geological place (the Hawaiian volcano Kilauea).

Hello Professor & the 428 students of GeoSci 100 at Univ of Wisconsin-Madison. I’m flattered your students saw me as “the dream”, much like my wife on our date nights.. but I digress.
My favorite geological place would be Kilauea Volcano, in Hawaii. You can literally, walk up

and look at the lava slowly yet relentlessly moving and you have no choice but to respect its power and beauty.

Some of my favorite and most intriguing geoscience topics are seismology (Mother Nature rules), paleontology & oceanography.

And as for my favorite rock.. well, from the three scientific classes of rocks – sedimentary, metamorphic & igneous. I would have to go with the big, brown, bald, tattooed Rock.
That’s my favorite species of Rock.
And if all your 428 students want a big fat A in this class..

Then that better be their favorite Rock too.
😉
You and your class stay healthy during these times. We’ll pull thru soon and be better on the other side of this.

Given that Johnson earned more than $89 million last year, it seems that “big, brown, bald, tattooed Rock” is everyone else’s favorite, too. And before signing off, the world’s foremost Rock had one last piece of scientific wisdom to dispense:

ps, and all rocks pair well with tequila.
🥃