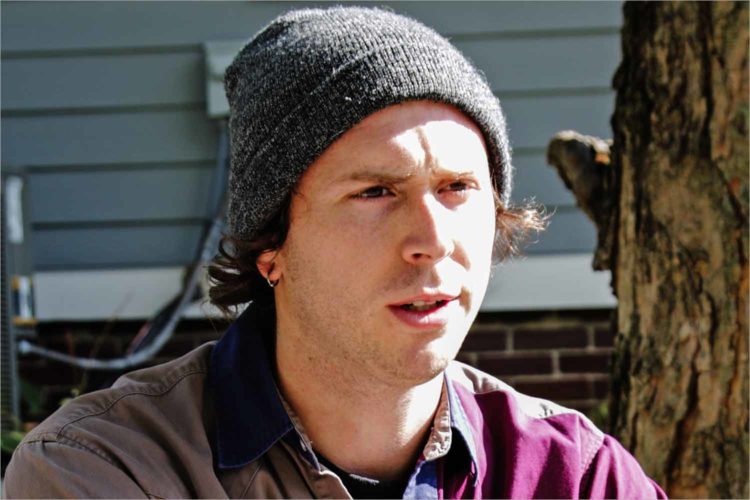 For decades, creatives have been teased to not quit their day jobs over their art. This year, Shane Natalie finally stopped listening.

The Columbus, Ohio-based musician — whose Good Shade project will play Mickey’s Tavern on July 7 — had been splitting time between playing power pop jams and teaching elementary special education. But punk rock isn’t easy to do on school nights, and Natalie found himself limited in his ability to put focus on Good Shade.

“I’ve never been somebody who’s toured a whole bunch. I’ve been on a couple longer tours, but basically only in the summer,” he told me in a recent interview. “I wanted to be able to tour on this more and have a little bit more freedom to play weekends more. Or play during the week, or take a tour here and there and not just limit it to the summer. So I decided to walk away from teaching for a while.”

Good Shade’s latest, Way Out, goes a long way to explaining his thought process. It’s about finding an exit from a bad situation, in this instance spinning his wheels at a job he hated. It’s also Natalie’s first release for Dirtnap Records, the Madison-based punk and garage label. After years of self-releasing his music, Natalie opted to pick a label he admired for Way Out. With that in mind, he approached Dirtnap owner Ken Cheppaikode about distributing it.

“Once I heard the recordings that became Way Out,” says Cheppaikode, “I knew right away that it was something that would fit in great on the label.” Over the years, Dirtnap has released records by like-minded icons like The Exploding Hearts and The Ergs!, and it’s also home to Madison’s own Proud Parents.

Natalie jokes: “I sent it to (Cheppaikode) and said, ‘Hey, I’m putting this out regardless. I already bought the records; they’re in my basement. Do you want anything to do with this?’”

Over 12 tracks, Natalie explores his own strained psyche through a series of songs on which he plays every instrument. It’s a departure from his previous records, which were always a bit more abstract and less personal, at least lyrically. But here the audience serves as Natalie’s de facto therapist and is finally let in on it all.

“Way Out is about finding a way out of the unhappiness that I was experiencing, mostly due to teaching,” Natalie says. “Trying to find a way out of being so pessimistic and nihilistic for the past few years and getting back on the right track to feel more like my old self.”

In the process, Natalie assembled a near-perfect collection of indie pop-punk. It’s very much in the vein of The Sidekicks, another great Columbus band Natalie has played with in the past. From the frantic opener “Maybe” to the cathartic explosion of closer “Where To?,” Natalie takes the listener on a joyride through his subconscious.

“I wanted to put it on vinyl and let people know without really talking about it,” he says.

It’s a big step for Natalie, who admits to being self-conscious about his skill as a lyricist. But despite his self-effacing nature, Cheppaikode says Natalie is more intuitive that he lets on.

“He’s much more on top of things than many in this world,” Cheppaikode says. “Especially considering his commitments to his day job.”

And even while beholden to a school schedule, Natalie was able to release four great records. Imagine what he can do now that the classroom is behind him.