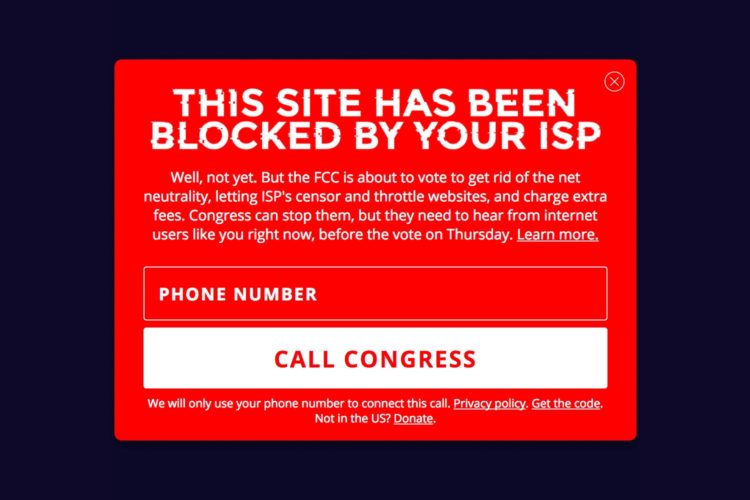 Fight for the Future

Today, many of your favorite websites are offering a harrowing glimpse into the future of the Internet. As the FCC — under the direction of Verizon puppet Ajit Pai — prepares to gut net neutrality, advocacy group Fight for the Future (no, not the X-Files movie) is asking you to fight back.

With its “Break the Internet” campaign, Fight for the Future is asking ’net surfers everywhere, from casual users to major websites, to announce loudly the importance of saving net neutrality. For example, several high-traffic websites — including Reddit, Tumblr and Patreon — will be adding pop-ups warning of the dangers of a closed Internet, like throttled loading speeds and directions to upgrade their internet package to access certain sites.