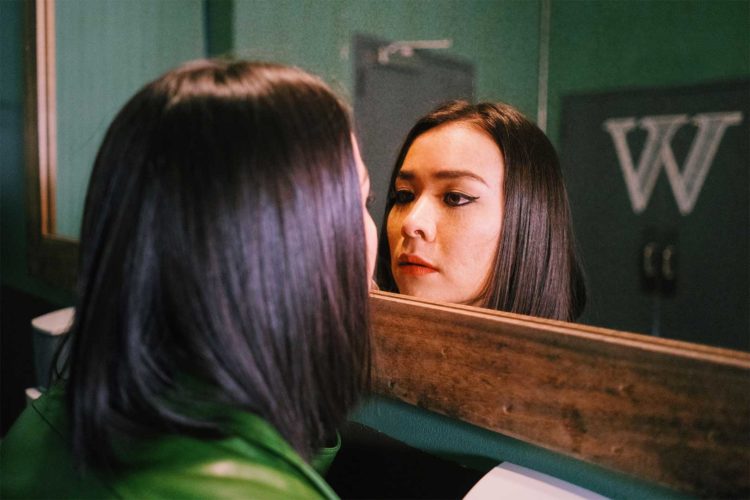 What will it be, Madison? Another term for Paul “Brett Favre” Soglin, or is it time for Satya Rhodes-Conway to take the wheel? And what about the Supreme Court? You’re not really going to vote for the gay = bestiality guy, are you? And the school board! Think about the school board! How fucked it would be if a guy like David Blaska was on it?

Haley Heyndrickx is out to redefine both music and my Google Docs dictionary. The 25-year-old specializes in fingerstyle guitar married to introspective lyrics, which splices with “well-timed levity.” The Portland native’s debut, I Need to Start a Garden, was released last year. And turn out early for the local support by Addison Christmas, the latest project from former Trophy Dad leader Abby Sherman.

Mitski Miyawaki is a master at making vagueness feel profound, in a sense that not knowing itself can be a crushing feeling. Her third album, last year’s Be the Cowboy, sees Mitski take her introspection in a buzzier, slightly more upbeat direction than you’d expect. She’ll be joined here by Jay Som, Los Angeles-based dream pop artist who marries slick production values with heart-on-sleeve vulnerability (which makes perfect sense for someone with a Death Cab tattoo).

Much like Trent Reznor is Nine Inch Nails and Kevin Parker is Tame Impala, Rachelle Cordova is Reina del Cid. The Minneapolis-via-Fargo singer/songwriter leads a band of old-timey indie folk prodigies whose music makes you want to run out the door and hop on a westbound steam engine. And in within the folk genre, that’s about the highest compliment I could give.

The annual meeting of some of the University of Wisconsin’s brightest artistic minds, Line Breaks always brings a cadre of artists that’s diverse in both culture and artistic medium. Hosted by UW’s Office of Multicultural Arts Initiatives, Line Breaks will feature lectures, performances and discussions by both current and former First Wave scholars and invited artists.

Despite being a folk trio (with no drummer), Caamp can at times sound enormous. A lot of that has to do with their instrumentation. Delicate, folksy whispers transform into driving bluegrass, often within the same measure. And Taylor Meier’s raspy vocals give the band an added edge — even at their most gentle, Caamp can still cut deep. They most recently released dual EPs, Boys (Side A) and (Side B), last year.

Formed by siblings Elliot and Natalie Bergman, Wild Belle is one of the more eclectic acts in pop music. Equal parts psychedelia, reggae and jazz, the Chicago duo is as funky as it is inventive. They’ll be joined by Lex Allen, a fast-rising, gender-bending soul singer from Milwaukee. This bill is the best the Edens Expressway has to offer.

He likes to call himself a “beat scientist,” and to be honest there probably isn’t a better way to describe Makaya McCraven. The jazz drummer is helping to reinvent the genre with his hypnotic, cloudy interpolations of ambient music and hip-hop. Pitchfork compared McCraven to both Elvin Jones and J Dilla in its glowing review of his 2018 album, Universal Beings. Thanks to guys like McCraven and Kamasi Washington, hip-hop and jazz are now more connected than ever before, and both genres are all the better for it.

This NOLA native has a rich history with Madison. In 2014, Normand recorded his album Still Got It at the Comedy Club, and now he’s back for more. A four-time Conan vet, Normand’s five performances here will be used on his next, still untitled album. Too bad Still Got It is already taken, because it will undoubtedly be true of Normand’s return.

We’ve already attested to some of the films playing at this year’s Wisconsin Film Festival, like the AOC-heavy Knock Down the House and the Jim Gaffigan-starring dramedy Light From Light. But there are tons of other great movies and events planned for this year’s fest, including a talk with UW alum and Wreck-It Ralph creator Phil Johnston following a Friday screening of that film’s blockbuster sequel, Ralph Breaks the Internet.

The work of Wilder Deitz always promises to challenge and entertain in equal part. From gospel to hip-hop to New Orleans jazz, the Madison pianist is unclassifiable and unmatched in terms of musicianship. The son of longtime Madison folk artist Ritt Deitz, Wilder is a true student of music, updating classic genres through a modern scope with near-surgical precision.

From The Replacements and Hüsker Dü to The Hold Steady, there are tons of great indie rock bands with roots in the Twin Cities. One of the latest is Bad Bad Hats. The Minneapolis-based trio specializes in a totally ’90s brand of music, marrying pop punk to lo-fi slacker rock. Think Superchunk by way of Pavement. Along for the ride here is dueling support from Jessica Manning and Con Davidson.

We love Wood Chickens around these parts, so we’re more than happy to tell you to go see the weirdo cowpunks on the home turf. With Janesville garage rockers The Red Flags Madison indie rock lifers Negative Example. Bring earplugs. Maybe even two pairs.

A few blocks down, Crystal Corner has another planned night of high-energy rock and roll. Madison’s “bebop cowboys” Momotarōs will headline, with support coming from fellow capital city punks Once a Month, plus Milwaukee’s Usufruct and Chicago’s Deodorant. See you, space cowboy.

As leader of the long-running Florida band Against Me!, Laura Jane Grace is an outspoken, often hilarious voice not just in punk rock but in the music community at large. Last year she released Bought to Rot — ostensibly her solo debut — with a band she’s called The Devouring Mothers. Part-Tom Petty, part-Clash and all-Grace, Bought to Rot just might be the best Against Me! album in years. With Jersey punks Mercy Union (featuring Benny Horowitz of The Gaslight Anthem on the drums) and Philly post-punks Control Top.

“Madison done changed me,” Rich Robbins emphatically raps in his song “Growing Pains.” It’s a nod not just to the years the Chicago rapper spent at UW, but the years he spent after, finding his artistic voice. It seems to have paid off, as Robbins’ sophomore album, Red Butterfly, is a confident, immersive experience that showcases the artist’s talent as both a rapper and singer. This show also features Son! and Broadway Muse.

Some of us wish to have the kind of job security Michael Benjamin Lerner does. The musician otherwise known as Telekinesis has been recording pitch-perfect power pop albums for indie giant Merge Records since he was 22. The Seattle native, now 32, just released his fifth Telekinesis album, Effluxion, which is a no-frills approach to the genre in the same vein as his own 2011 banger, 12 Desperate Straight Lines. Support comes from SONTALK, the War on Drugsy side project of Americana artist Joseph LeMay.