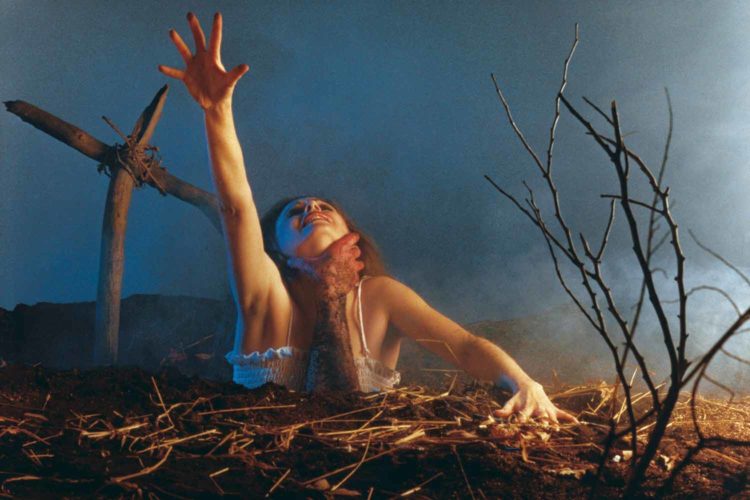 Support black-owned local businesses and eat super well while doing it. Over 20 different restaurants, food carts and caterers will participate. So no matter what kind of food you like, you’re bound to find something good. And exciting news: Martin Deacon’s beloved but recently closed Jamerica will participate in food cart form.

In 2008, a bunch of the most famous actors on Earth — including Meryl Streep, Colin Firth and Pierce Brosnan — joined forces to sing ABBA songs at you. Dare I say… here we go again? (How could I resist!) Mamma Mia! is the Greece-set story of the Sheridan family and their propensity for wilding out at weddings. It’s based on a smash musical of the same name that everyone seems to love, because everyone secretly loves ABBA. Everyone.

Yacht rock isn’t so much about boating as it is a catch-all for the bouncy, soulful pop of 1980s California. At this iteration of the monthly trivia series, test your knowledge of artists like Kenny Loggins, Michael McDonald and Steely Dan. And this should be especially fun, since trivia host Paul Guse will likely be forced to break his vow of never playing Steely Dan.

This is a battle of the bands in the most literal sense. Sort of like a hardcore version of that scene in Scott Pilgrim vs. The World, Madison’s No Question and Milwaukee’s Curbsitter will face off before the former heads out on an east coast tour. With Madison punx Treatment and historically-inclined powerviolence outfit Corrupt Bargain. Let’s hope no one has to fight any evil exes this time around.

Nashville’s The Travelin’ McCourys came out of the gate hot, with their self-titled debut winning a Grammy for Best Bluegrass Album. It’s possible their success is genetic; Ronnie and Rob McCoury are the sons of Del McCoury, a hugely revered bluegrass musician. But rather than stick with tradition, Ronnie and Rob use heavy jam band influence to create a freewheeling, hard-picking sound. Also playing here is a local Americana master: the inimitable Beth Kille.

I had the good fortune to see “Evil Dead: The Musical” in 2014, and it turned my conception of musical theatre on its bloody, undead head. The show importantly maintains the gory, mind-bending brilliance of Sam Raimi’s original 1981 film, but it also turns its camp factor up to the max through the power of song and dance. Guests seated in the first few rows should bring a poncho, lest they fall victim to the fake-blood “splatter zone.” Groovy. This University Theatre production will also run Thursdays through Sundays, Aug. 22-25, Sept. 19-22 and Sept. 26-29.

Dobet Gnahoré has come a long way, literally. Born in Ivory Coast and based in France, Gnahoré plays afro-pop from a multinational perspective. Her songs switch between English, French and a host of African languages (including her native Bété). And “Grammy winners” seems to be the theme of this week’s Sessions; Gnahoré’s latest album Miziki won Best Urban/Alternative Performance in 2018. Also scheduled is Natty Nation, a perennial Madison favorite.

If Barely Civil had formed while I was in high school, they would have been the band. The Wausau-based group is a perfect midpoint between Death Cab for Cutie and Manchester Orchestra, building a lullaby-like ambience before jolting it awake with open hi-hats. They released their debut album, We Can Live Here Forever, in 2018. They’re currently on tour with Kansas City emo quartet Mess.

On name alone, Reverend Horton Heat fucking rules. Luckily, the musician otherwise known as Jim Heath doesn’t stop ruling there. He’s the godfather of psychobilly, a macabre take on rockabilly that matches its pompadours with sleeve tattoos. And after 12 albums, the good Reverend is as ready to raise hell as he ever was. His latest, Whole New Life, was released in 2018. With Delta Bombers and Lincoln Durham.

The final Summerjam of the season features two of Madison’s funkiest bands. Magic Conch plays grooving prog rock inspired by the likes of Here Come the Mummies and Coheed and Cambria. Also, their name is a Spongebob Squarepants reference. Rare Element, meanwhile, is brass-driven funk perfectly suited to booty-shaking. They are not named after a beloved cartoon character, but they’re still great.

Though now based out of Germany, Black Swift’s Sally Grayson is about as musically American as they come. She composes haunting, vacant folk rock that sounds made for driving down a desert highway at night in a David Lynch movie. Or, per Black Swift’s Bandcamp, “if Tom Waits and Nick Cave had a daughter.” Adding to the vibe is Good Saint Nathanael, mystic folk singer from Kansas City, Missouri.

For more than a decade now, The Low Czars have zigged where other cover bands zagged. The Madison mainstays’ setlists range from Cheap Trick and The Who to Buzzcocks and Guided by Voices. A tactical mix of household names and underground anthems. It’s like a really great mixtape played live. Negative Example, featuring Wisconsin punk legend Bucky Pope (Tar Babies), will also perform. And rounding things out is recently reunited duo Brat.

Taylor Tomlinson got into comedy the same way a lot of stand-ups do: the church. Her first comedy classes came from a Christian workshop, but the California native soon knew what she found funny wasn’t really suitable for the lord’s ears. The 25-year-old is a master of millennial self-deprecation, and it’s turned Tomlinson into one of the youngest headliners in modern comedy.

If Lost Dog Street Band looks like they fell out of a boxcar somewhere in middle American, it’s probably because they did. The husband-and-wife duo of Benjamin Tod and Ashley Mae got its start hopping trains and playing pretty much anywhere that would have them. Now, they’re a tough, tender voice (well, voices) that shine through in a genre that can occasionally feel kind of crowded. With folk punk Matt Heckler and spacey country singer Casper Allen.

Describing themselves as “touchy-feely indie rock,” Labrador is a band after my own heart. From the opening drum kicks of “Everybody Wants to Know You,” the band’s 2018 debut EP Tell Me About Your Dad is a touchstone of airy, vaguely shoegazing alt-rock that practically washes over the listener. This is definitely a Madison band to watch. Rounding out the bill are a pair of fellow isthmus-dwellers, dark rockers Howler and punk duo Straka & Sphinx.

People who have race stickers in their cars make me jealous. I’d love to take pride in my athletic ability. But if I tried to run, say, Saturday’s Madison Mini-Marathon? Game over, man. So the .1K Resistance Race is more my speed. From the High Noon to Sylvee is a “run” even the most novice athlete could finish. And once you do, stick around for live music from Iowa-based cover artistes The Pork Tornadoes. But don’t do it for yourself — the morning race also benefits Underdog Pet Rescue. And you get swag. So take that, jocks!

“The most delicious day of summer” is how Yum Yum Fest bills itself. And the culinary hang very much lives up to its name, showcasing dishes by 26 of the most popular restaurants in the Madison area. We’re talkin’ Merchant, Ha Long Bay, A Pig in a Fur Coat, Sal’s, and Morris Ramen, among many others. I needed to take a nap after just reading the list of this year’s dishes.

His voice calls to mind the stereotypical good ol’ boy, but Tennessee native Trae Crowder’s politics are anything but. The drawling comic skews way left, and he’s garnered fame for his hilarious YouTube rants as “The Liberal Redneck.” Crowder will perform here with his longtime comedy partners, Drew Morgan and Corey Forrester. It is a chance to see these down-home lefties before they get even more famous; the trio are developing a sitcom for ABC.