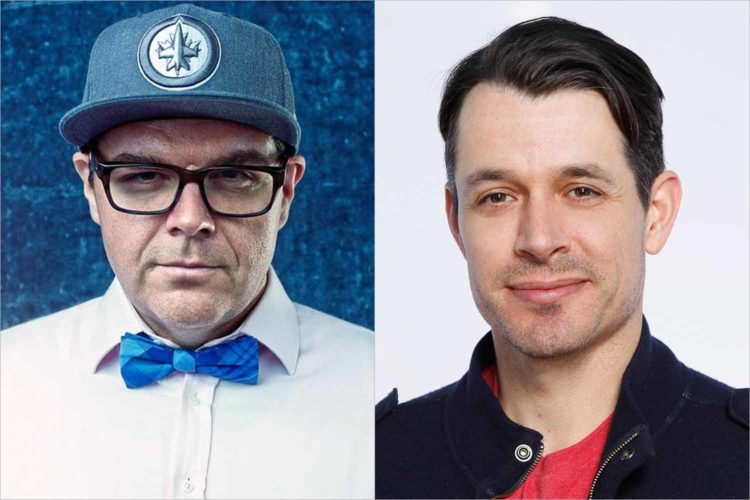 Christmas? Never heard of it! Celebrate Seinfeld’s homegrown winter holiday Festivus the way it was intended: by complaining and eating. Comic Charlie Kojis will perform a special local-themed “Airing of Grievances,” delivering Madison-centric gripes. Likewise, players in the night’s special Seinfeld trivia can hop on the mic and air their own. Add in deli-style food from Stalzy’s and this truly is a “Festivus for the rest of us.” (Just don’t hold your breath for the “Feats of Strength.”)

Guys on Ice isn’t so much an ice fishing musical as it is a musical about life set around two ice fishermen. Join best buds Marvin and Lloyd as they crack wise and expound on their personal philosophies from the relative comfort of their shanty. Guys on Ice is a Wisconsin as it gets, a story of geniality and folksy wisdom. It’s a refreshingly plain-spoken entry to the typically bougie world of musical theatre.

From Jim Carrey to Seth Rogen to John Candy, Canada has a long history of exporting some very funny people. Count stand-up and British Columbian Ian Bagg among those. The comic is endlessly likable and has an improvisational streak that makes for some virtuosically good crowd work. You never get the same Ian Bagg show twice, but they’re all extraordinarily funny.

Madison native Nate Craig is coming home for the holidays — but instead of just passing out in his childhood bed after overdoing it on the egg nog, Craig is putting on a killer stand-up show. Expect to hear a lot of darkness navigated with the self-effacing levity of a born Midwesterner. If we’re lucky, he might even talk about his new bestie Gabriel Byrne, whom he co-starred with on Netflix’s acid-dipped miniseries Maniac. Also performing are Sean Flannery and Craig’s fellow Badger Stater Natasha Pearl Hansen.

In addition to being a delicious kind of meat, Barbacoa is also a Madison instrumental quartet specializing in tasty grooves. Their R&B-flecked tones come courtesy of four of the finest players in town, including a drummer (The Jimmys’ Chris Sandoval) who’s been nominated for two Grammys. Think of this less as a traditional concert than a mystical conjuring of funky tones from a group of supernaturally gifted musicians.