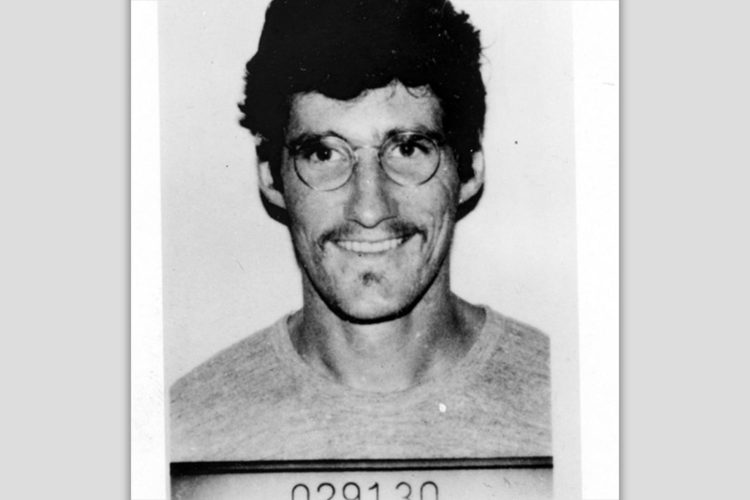 On Aug. 24, 1970, a massive vehicle bomb exploded at Sterling Hall, killing a 33-year-old researcher and injuring several others. It was the work of a group of radical war protestors targeting an Army think-tank that was housed in the building, and it would stand as the worst act of domestic terrorism until the Oklahoma City bombing in 1995. While three of the four men involved were eventually captured and convicted, one has spent 50 years on the run, haunting authorities like a ghost: Leo Burt.

Born on April 18, 1948, Leo Frederick Burt was that mythic All-American boy you hear so much about. A native of Darby, Penn., Burt was an excellent student and champion rower who joined the crew team upon arrival in Madison. After being cut, however, Burt became far more invested in his gig as a writer for The Daily Cardinal, a position that ended up changing the young man profoundly.

While covering student protests against the Kent State shootings of 1970, Burt was badly beaten by sheriff’s deputies. By the time he sat down to write his article, his head was wrapped in bandages and his glasses were taped together.

This incident would catalyze Burt’s radicalization. Around this time he started hanging around with David Fine and Karl Armstrong, young men who, along with Armstrong’s brother Dwight, would comprise an anti-war cell called “The New Year’s Gang.”

Before Sterling Hall, the New Year’s Gang’s most high-profile attack involved the Armstrong brothers dropping explosive mayonnaise jars out of a plane onto a munitions plant. It failed, but the brothers’ next attempt at fomenting terror — now with the aid of Burt and Fine — would be far more successful. Their new target was the Army Mathematics Research Center, located on the UW campus at the upper floors of Sterling Hall.

And this time, they were trading jars for a much deadlier explosive delivery.

“Along for the ride”

On that August night in 1970, Burt apparently wanted no part of the attack. Though he and his co-conspirators had assembled a formidable weapon (a stolen Ford Econoline van packed with 2000 pounds of ammonium nitrate and fuel oil), the bespectacled student journalist seemed to be having second thoughts.

“Honestly, I think he was along for the ride,” said author Joe Brennan, Jr., whose father was Burt’s friend. “He was covering it as he was on the inside — much like the battlefield journalists of his time.”

In fact, one of Burt’s college advisers recalled a cryptic thank you from the student shortly before the bombing, in which Burt referenced going to Canada for reasons unknown.

“Only 10 days later, there he was on television,” Jack Holzhueter told The Associated Press. “And I was shocked to know that Leo had participated in this event.”

He even tried to call in sick, but the athletic Burt was the only member of The New Year’s Gang capable of lifting the massive barrels into the van. It was too late to turn back. Fine phoned police to warn of an impending bomb attack. They parked the van near the building. Around 3:40 a.m., the van exploded, hollowing out the lower floors of Sterling Hall. The AMRC was hardly touched, an ironic failure.

But even if The New Year’s Gang missed their intended target, the aftermath was mind-boggling. In addition to over $2 million in structural damage, the blast also killed Robert Fassnacht, a 33-year-old postdoctoral physics researcher, and injured three others. If the New Year’s Gang was looking to make a point, it was now inextricably tied to the death of an innocent man.

“The Ghost of Wisconsin”

The quartet of newly-minted terrorists went into hiding. Over the next few years, most of The New Year’s Gang would be found by authorities. In 1972, Karl Armstrong was arrested in Toronto. Fine was apprehended in California in 1976. Dwight Armstrong was next, in 1977, also in Toronto. Karl did the most prison time, serving seven years of a 23-year sentence; his brother Dwight and Fine were each incarcerated for three. 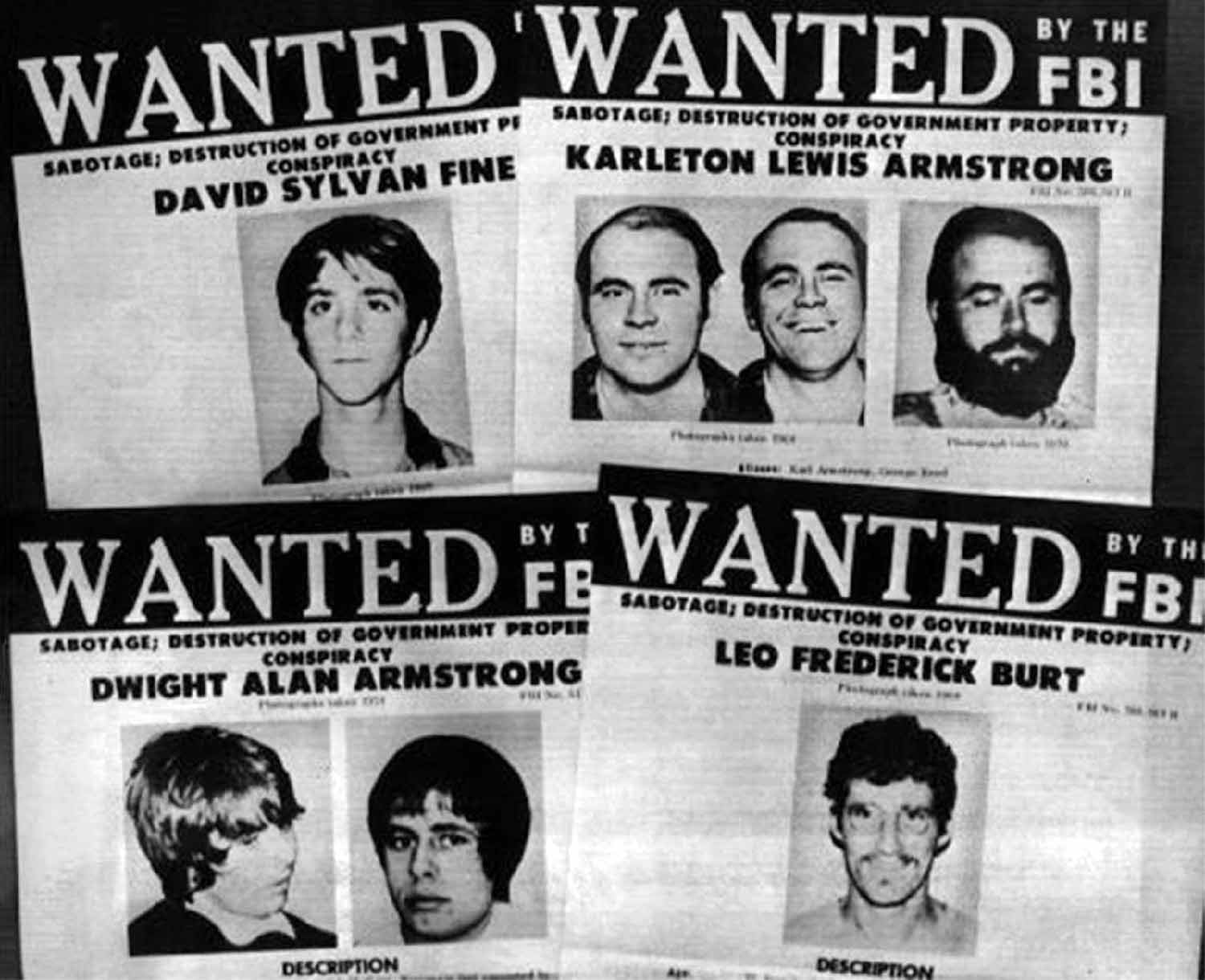 But the fourth member has evaded capture. For more than 50 years, no trace of Leo Burt has ever turned up. The last anyone heard from him, he was in Peterborough, Ontario, just a few days after the bombing. Burt spent six years on the FBI’s Ten Most Wanted Fugitives list, and in 2007 he was featured as the “Ghost of Wisconsin” in an episode of TV’s America’s Most Wanted.

Unsurprisingly, a fair amount of rumors emerged to fill the Burt-shaped void in the story. He has periodically been “spotted” everywhere from Denver to Algeria. One theory even posited that Burt was the infamous Unabomber, though this was put to rest in 1996 when Ted Kaczynski was arrested.

But even in an era before the internet, it’s crazy to imagine that someone could just disappear the same way Burt did. Brennan has an idea of how he could have pulled it off: “Leo Burt was self-driven — a highly disciplined individual with superior pain tolerance… physical, emotional, psychological,” he said in 2010. 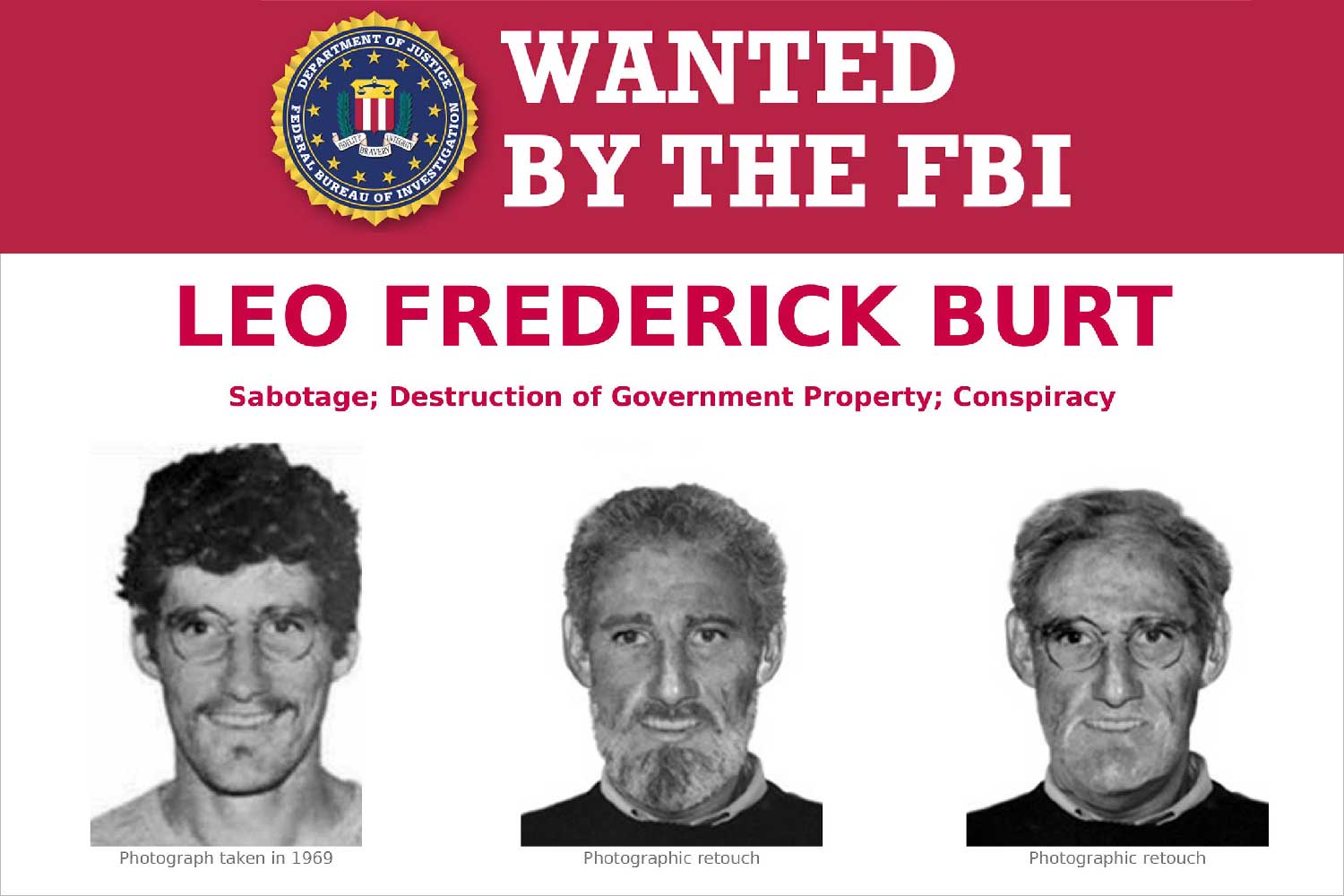 To this day, Leo Burt is an enigma. An idealistic, passionate man, his act of subversion led to more than just Dr. Fassnacht’s death; it effectively killed Burt, too. And even if he’s still alive somewhere, it’s increasingly unlikely Burt will ever be found to give his side of the story.
History, Leo Burt, Madison Mysteries, Politics, Protests, Sterling Hall, University of Wisconsin-Madison