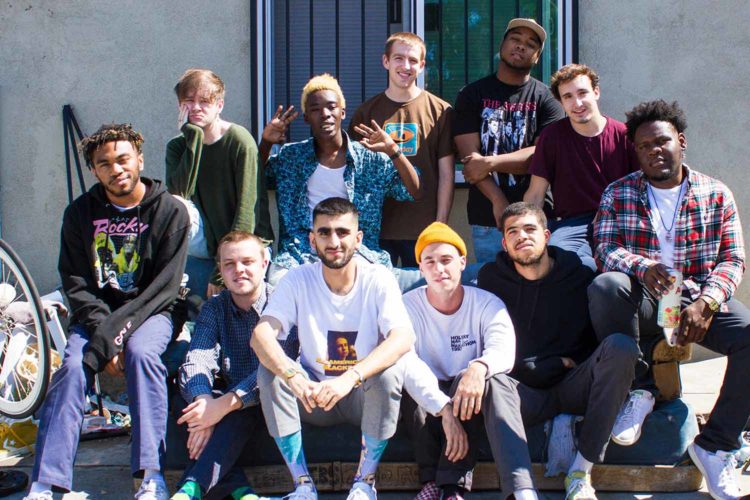 This has been a horrendous week for our country, and while next week probably won’t be much better, we do now have an album of Cher doing ABBA covers to soften the blows the world may send our way. I urge you to consider this: Would your week, or anyone’s week, not be better with a full-length ABBA karaoke session with Cher than it would have been without it? It’s not gonna fix anything, but it is a tiny incremental leg up on last week. Anyhow, let’s set Cher doing ABBA covers aside for a moment. (Just promise me that you’ll listen to it later.)

I wouldn’t have held it against Young Thug to release a great track with an unlicensed Elton John sample. Of course, being Young Thug, this wouldn’t make much of a story — so he earned Elton John’s personal fandom and blessing. And back in 2016 that’s exactly what happened. At 3½ minutes, “High” is over too soon. It sits in the pocket of the “Rocket Man” chorus sample and floats there as Young Thug waxes the finer points of whatever he’s talking about. Please submit any information you can pick out of these verses to the comment section.

Here’s another track we’ve been waiting forever for. A piece of “Honey” debuted on a “Girls” episode in 2017 before seeing no official release, becoming an almost legendarily overdue single. Along with the previously dropped “Missing U,” this single articulates what we might expect to find on the impending Robyn full-length, her first solo album since 2010(!). It’s an electrically and emotionally charged mid-tempo dance tune — more of a 3 a.m. track than a midnight track, if you feel me. Best of all, it’s full of that sweet, sweet longing we’ve come to expect from Robyn tracks. “Honey” was worth the wait. Robyn’s return album Honey hits shelves Oct. 26.

The boy band sensation Brockhampton, who is now as massive in album sales as they are in member count, made me feel 100 years old when they came onto the scene a number of years ago. Well, how old do you think I feel now? “San Marcos” meditates on the members’ past, collectively and individually. It’s incredible late 2010s in its sound, with its overlaid emo guitar strums and Soundcloud rap verses. In its second half the song blossoms into a wildly twee dorm-room singalong. There’s almost a school assembly vibe going on here — a little something for all the kids to be able to have a hand in creating and maybe put up on the musical fridge. It’s a lot, but Brockhampton make it work.

Listen buddy, you better believe this album of ABBA covers is worth giving a listen. Cher was allegedly in Mamma Mia! Here We Go Again, which is a fact I cannot corroborate as I did not get around to investing in that experience before it so cruelly left the theaters. I can only assume it directly led to Cher either working very hard on making, or nonchalantly slapping together, an album with 10 straightforward ABBA covers. Frankly, I do not care. It’s good either way!!