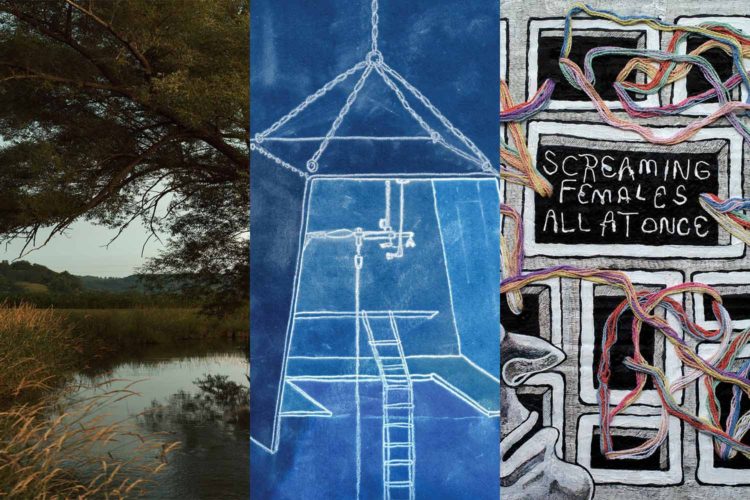 Apparently “indie folk drummer” is a prerequisite for dynamic solo artists in the same genre. For example, Josh Tillman bumped the tubs in Fleet Foxes before becoming a flamboyant, Grammy-nominated folk shaman named Father John Misty. And Sean Carey, the longtime drummer of our home state heroes Bon Iver, is also pretty good on his own. Hundred Acres is Carey’s third solo effort, and it sees the polymath becoming increasingly assured in his own voice. While the other gig sees his easygoing vocals take a backseat to Justin Vernon, Hundred Acres is propelled by Carey’s soft-spoken drawl. Tracks like “Rose Petals” and “True North” seem simple in structure, but Carey’s ethereal voice gives them gravity. And there are songs like the lush “Yellowstone,” a cascading indie pop tune that might be the best song Sufjan Stevens never made. S. Carey plays High Noon Saloon on March 20. —TW

In 2016, folk group The Low Anthem experienced a major life event together when their van was totaled in an accident. Everyone survived, but several band members suffered significant injury and were out of commission for months. Seeking to continue making music during the hiatus, frontman Ben Knox Miller encountered unique obstacles. With almost all of the band’s instruments destroyed in the crash, Miller had to make due with the few he had left at his home. The result is The Salt Doll Went to Measure the Depths of the Sea, an album born of ingenuity. Tape loops and pedal effects comprise its foundation, and for his rhythm parts Miller uses “found sounds” gathered from household objects and other repurposed items. Though The Low Anthem’s warm, bedroom-folk sound was sparse and largely acoustic prior to the accident, the improvised instruments set Salt Doll apart from previous releases. Miller’s earthy storytelling completes the piece, and the result is an album crafted of the bedroom itself. The return of his recovered bandmates rounded out the sound, and Salt Doll is left as the reflective response to their shared trauma and subsequent healing. The Low Anthem visit High Noon Saloon on April 1. —JM

All at Once (Don Giovanni)

Marissa Paternoster might be the best guitarist in modern rock. Her gauzy, frenetic shredding recalls some of J Mascis’s most lucid moments and has helped make Screaming Females one of the most dynamic trios around. And their seventh album, All at Once, looks set to serve up another heaping plate of the full-on, fist in the air power pop that the band has perfected. On opener “Glass House,” Paternoster’s elastic warble is punctuated by blasts of guitars and drums. It sounds a bit theatrical, but any pretense is abandoned when it rolls into full on, stone-neck inducing anthem! Meanwhile, “I’ll Make You Sorry” is the kind of song that makes rock critics scramble to find synonyms for “angular,” but only until it shifts into a chorus that’s, no shit, Fall Out Boy big. But that’s exactly who Screaming Females are: a band that seems easily categorizable but ultimately defies definition. —TW