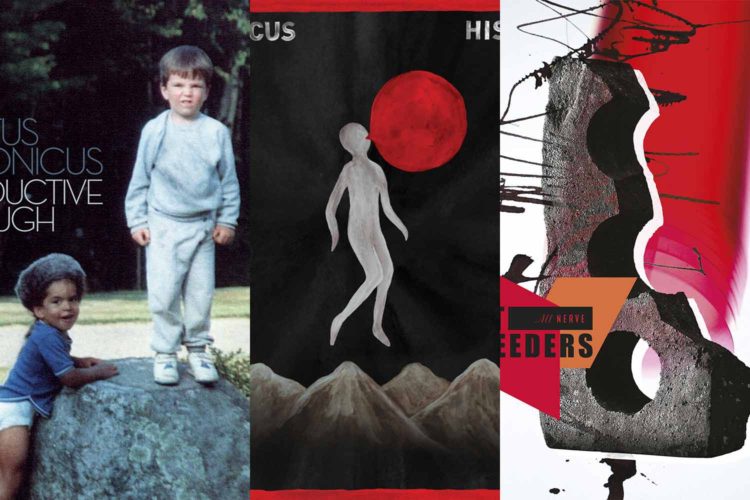 As an act named after Shakespeare’s most outrageous tragedy, New Jersey indie-punk outfit Titus Andronicus always go big or go home. Primarily the project of frontman Patrick Stickles, Titus Andronicus has spent its career making momentous, exhaustive concept albums about topics like mental illness and the Civil War. The band’s 2015 release The Most Lamentable Tragedy, which appropriately takes its name from an alternate title for the same Shakespeare work, is a sprawling double album closely chronicling Stickles’ intense and personal battle with bipolar disorder. Over 90 minutes in length, TMLT is stuffed with the trials and tribulations of a narrator often overcome by the affliction. It’s painstakingly crafted from beginning to end, and it’s deeply personal — sometimes a little too personal. Spending too much time in your own head can get lonely, and by the end of it you can tell just how emotionally drained Stickles is.

For Titus Andronicus’ new release, Stickles made a radical change in his outlook: He stopped taking himself so damn seriously. The aptly named A Productive Cough is basically a jam session album; a party with friends that turned into an indie blues rock record. Stickles stepped outside of himself for a change and turned his attention outward, putting the focus on the talents of other people. The album is populated by a large group of accompanists who feel less like musical elements and more like friends. He pays homage to the important musicians in his life with rolicking Rolling Stones swagger on “Real Talk” and a salute to bad habits among good people with “Above the Bodega (Local Business).” He even tosses out a brilliantly sloppy Dylan cover, tweaked slightly to poke fun at himself. The album clocks in at a mere 50 minutes, and it’s a group effort from front to back. Patrick Stickles has effectively made the Titus Andronicus version of The Basement Tapes. While A Productive Cough may not be the most revolutionary or insightful Titus Andronicus album, it’s the most inclusive and certainly the most fun. Stickles and pianist Alex Molini will play a sold-out acoustic show at The Frequency on March 16.

Matador Records has done a stellar job lately in keeping its label flush with fresh indie talent, taking upstart acts like Car Seat Headrest and Julien Baker and sky-rocketing them to acclaim. Singer-songwriter Lucy Dacus is no exception. During the tour for her lauded debut, 2016’s No Burden, the young singer-songwriter was barely old enough to drink at the clubs she played at. Her soft, dusky vocals and lyrics of unrequited teenage love sink her songs into warm, vulnerable places familiar to any current or former teen with a heart. Now 22, Dacus is putting out her sophomore effort, Historian, and has lots more stories to tell. In the brief time between the two releases, she’s amassed a ton of confidence. Her vocals are fuller and more acrobatic, and even occasionally peek up out of her otherwise solidly alto register. The production values for Historian prove higher on tracks like the album opener “Night Shift,” but she still manages to retain her grounded, earthen outlook in spite of smoother edges in her sound. With its plaintive violin chorus, the alt-waltz “Body to Flame” is pleading but not melodramatic. Dacus’s prodigious songwriting is more detailed and literate as she slowly unfolds tales like those of a veteran lyricist. The aptly named Historian continues to define Dacus as an musician who is wise beyond her years, and it puts her in league with her labelmates, who have all accomplished more in their short careers than many seasoned artists. The best part is that they’re just getting started. Dacus visits High Noon Saloon on April 5.

Pixies fans everywhere got excited in the late ’80s when the legendary noise pop band’s beloved bassist Kim Deal struck out on her own with a new project. Although the Pixies were exemplary in their musical cohesion, Deal had always had an independence that seemed restrained in her role there. With The Breeders, Deal established herself in her own right, scoring a surprise hit with the band’s 1993 album Last Splash, thanks to its smash single “Cannonball.” The only problem is she can’t seem to keep her supporting cast together long enough to repeat it. The Breeders endured numerous breakups and reunions, and the only consistent member over the years has been Deal herself. All Nerve marks a reunion of The Breeders’ most successful iteration: the “Cannonball” crew. Every member from the Last Splash lineup (Deal, her twin sister Kelley, bassist Josephine Wiggs, and drummer Jim MacPherson) returned to record the album, and it’s clear that they’ve put the bickering aside for the sake of truly enjoying themselves. Kim maintains her hold on the group’s artistic direction, but the single “Wait in the Car” has each member doing their thing with authentic exuberance while the title track is a straight shot of alt-rock that recalls a parallel 1990s where the band never broke up. There is bound to be some strain present on All Nerve. And more likely than not, this reunion will be short-lived — but it’ll definitely be enjoyable while it lasts. The Breeders will play Chicago’s Vic Theatre on May 8 and The Rave in Milwaukee on May 9.