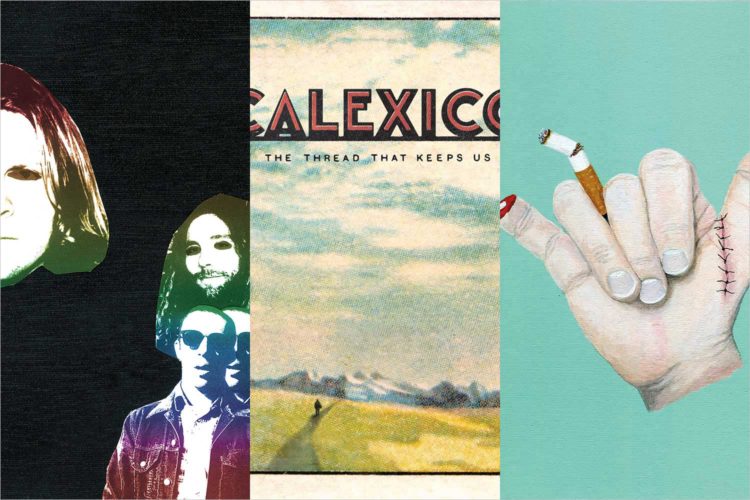 Fuzzy garage punk powerhouse Ty Segall has always been insanely prolific. The California native produces music compulsively, almost out of instinct, and has released 10 albums since putting his first out in 2008. He is or has been a member of at least seven other bands and has recorded and released music with a handful of different backing bands that have constantly revolving lineups and changing names. So for fans, keeping up with his catalog can either be a fun challenge or a complete nightmare. That’s to be expected, though; he’s not really one for tidiness.

Segall’s sound is notoriously eclectic, ranging from breakneck punk to rock and roll to psychedelic jam, but the main constants have always been an onslaught of guitar distortion and a diehard love for Black Sabbath. His work over the last few years has found him stepping back comfortably into his musical roots, creating albums that directly allude to his classic rock influences like the spacey, jangly jams of last year’s eponymous release, or 2015’s Ty Rex, a nine-track effort consisting solely of T. Rex covers. The most recent byproduct of Segall’s sprawling artistic process is the new Freedom’s Goblin, a double album opus that promises to run the gamut of his genres but ultimately comes back around to root deep in his rock music classicism. Segall is generally unfailing in finding a way to emulate the best that genre without sacrificing any of his ferocity or candor, and this release will be no exception. —JM

The Thread That Keeps Us (Anti-)

Since 1996, Arizona-based duo Calexico have been crafting a unique brand of Southwestern indie rock. Their blend of alternative, Tex-Mex and alt-country sounds backed by a steady Latin music influence and rustic, pastoral imagery is inimitable. The group’s latest release, The Thread That Keeps Us, will take listeners back into the depths of the American desert, forever shrouded in mystery and romance. The album opens with an ethereal, resonating tone that may be a nod to the kick off from David Bowie’s “Heroes,” and first track “End of the World With You” is thematically similar as well. Its two protagonists stand together in the face of uncertainty and “time in the age of the extremes,” and refuse to turn away. As many of Calexico’s subjects, they are grounded by both love and a connection to the authenticity in their surroundings. The funky “Under the Wheels” continues the doomsday theme: The lyrics “under the wheels of the war machine / always someone else’s scheme” feel wry when on top of synth plucks and the group’s trademark brass. There’s a distinct grounded feel that persists as the foundation of both songs, and it’s thematic throughout the duo’s work over two decades. Their relationship with setting and culture defines them. It’s the secrets of the Southwest that give Calexico’s music its heart, and each new album is the promise of a new adventure. The band visits Chicago’s Thalia Hall on April 25. —JM

Tiny Moving Parts is family band in every sense of the term. The trio is made up of three Minnesotan cousins (singer/guitarist Dylan Mattheisen and rhythm section brothers Matt and Billy Chevalier) and specialize in a curious brand of emo that combines pop-punk hooks with mathy noodling. But at the same time they feel like your family, too, thanks to their ceaseless fan engagement and sweaty, emotive live shows. With Swell, their sixth full-length, TMP seems to be taking a shot at the kind of crossover fame that’s eluded their genre since Taking Back Sunday screamed their way out of the garage in the mid-aughts. Lead single “Caution” manages to be both catchy and abrasive, often in the same breath, all while showing off a more polished sound than has been heard from the band before. Plus, the video depicts the band as middle-aged school janitors, shredding on mops and buckets. I bet their family reunions are lit. Tiny Moving Parts is in Madison tonight at Union South (The Sett) and visits Chicago’s Lincoln Hall on Saturday. —TW