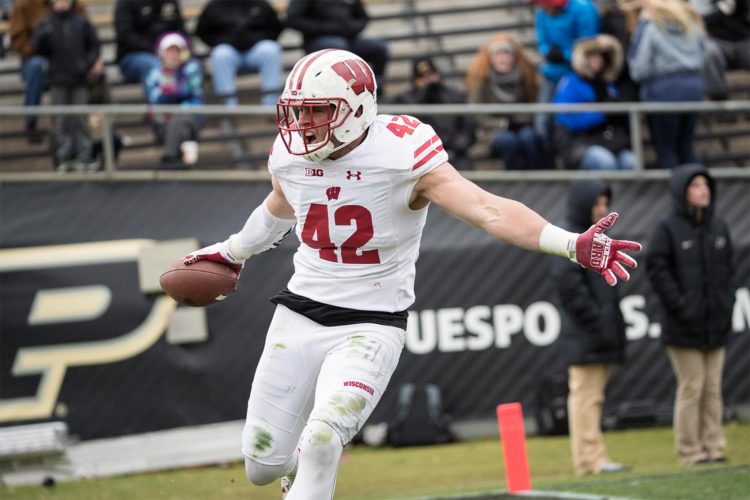 The NFL Draft will be held in Philadelphia for the first time in over half a century, but it will all seem pretty familiar to Green Bay Packers general manager Ted Thompson.

As usual, the Packers enter the three-day affair (which starts tonight) knowing they have a future Hall of Fame quarterback in Aaron Rodgers — and thus plenty of reasons to feel confident in their elite passing game — but a need for improvement in the running game and questions aplenty on the other side of the ball following another postseason defensive collapse.

And also as usual, thanks to their consistent run of playoff appearances, Green Bay will need to address these issues while picking near the bottom of the draft order (No. 29).

So, can Packers fans expect this draft to be business as usual? Probably, at least for the most part. While Thompson surprised some fans by dipping his toes a little deeper into the free-agency pool this offseason than he normally does — headlined by the signings of tight end Martellus Bennett last month and guard Jahri Evans yesterday — Thompson didn’t fill the hole at running back and his defensive acquisitions were generally complementary players.

This leaves several of the biggest concerns to be addressed by his favorite method: the draft.

With multiple positions of need and armed with only one compensatory pick this year — meaning the Packers enter the draft with eight picks over the seven rounds, one fewer than in each of the past three seasons — it’s hard to envision the almost pathologically splash-averse Thompson will give away multiple picks in the kind of blockbuster deal it would take to move up into the top half of the first round.

That said, Thompson’s draft approach is not quite as conservative as his critics often suggest, and it wouldn’t be a surprise to see him swing a modest deal to move up at some point. His early drafts forged him a reputation as a pick hoarder, as he traded down 10 times over four years before ever trading away a pick to move up. But while that approach made sense as he restocked the largely empty cabinet he inherited from Mike Sherman in 2005, it hasn’t been necessary for many years now, and his more recent tactics have reflected that.

Other than 2013, when he traded down three times in the first three rounds (yet found Eddie Lacy and David Bakhtiari still on the board for his second and third picks, respectively), he hasn’t traded down since 2011. Interestingly, 2011 and 2013 are the last two drafts in which the Packers only had a single compensatory pick.

Meanwhile, Thompson has traded up seven times since perhaps his biggest draft-day maneuver, when he sent three picks to New England in 2009 for the first-rounder that netted Clay Matthews. While the players the Packers have moved up for in that span have been something of a mixed bag — Morgan Burnett and Casey Hayward became contributors, Jerel Worthy and Terrell Manning didn’t, and a neck injury prevented Johnathan Franklin from ever getting the chance — Thompson has been more willing to make these moves than it may seem. He traded up in the fifth round to take quarterback Brett Hundley two years ago, and last year made a bolder move by giving up two extra picks to swap second-round spots with the Colts and take offensive lineman Jason Spriggs.

While it is probably more likely that Thompson would wait until Friday, the draft’s second day, before considering moving up, if he thinks the player he wants will be available at, say, No. 24 and not No. 29, this might be the year he pulls the trigger on a small-scale first-round deal.

But who will that player be? While it is difficult to narrowly target a specific position with a pick as late as No. 29, it is worth noting that nine of Thompson’s 12 first-round selections to-date (including the last five in a row) have been on the defensive side of the ball — Rodgers in 2005, Bryan Bulaga in 2010 and Derek Sherrod in 2011 being the exceptions.

Unless an elite running back falls within reach of the Packers, expect that streak to extend to six. This draft probably includes three or four top-echelon backs, depending on how the Packers feel about Joe Mixon’s off-the-field problems, and there is an outside chance that one will still be on the board late in the first round. Leonard Fournette will almost certainly be gone much earlier, but if Christian McCaffrey or Dalvin Cook were to fall far enough, it would be difficult for Thompson to pass up the opportunity to replace Lacy and James Starks with an elite talent. If that happens, it would be the first time the Packers have taken a running back in the first round since Darrell Thompson in 1990. Mixon is a wild card that would be accompanied by a public relations hit, and even if the Packers are comfortable drafting him, it’s possible that with his baggage he could still be had in a later round (as could other options like Alvin Kamara).

Instead, Thompson could opt for a pass rusher, where the Badgers’ T.J. Watt would be the fan-favorite choice but Charles Harris or Takkarist McKinley could also be available. And while the Packers are counting on Damarious Randall and Quinten Rollins to rebound from their 2016 injuries and struggles, cornerback will once again need to be a draft priority. Several possibilities could be on the board for the team to consider, including Tre’Davious White and Adoree’ Jackson. But unless the Packers feel much more strongly about one than the others, they might be better served holding out another round or two before taking a corner. All three positions will definitely need to be addressed at some point in the draft, so the order will likely just be a matter of how the board falls.

Although the offensive line is in flux and guard Forrest Lamp could be appealing if he is available in the first round, the Packers probably could have afforded to wait until later in the draft to address that need even before yesterday’s signing of Evans. Thompson has a track record of finding quality linemen in the middle rounds and will likely attempt to do so again. Bakhtiari, T.J. Lang, Josh Sitton and JC Tretter were all fourth-round picks, while center Corey Linsley was a fifth-round find.

Thompson has also been able to find solid contributors like Johnny Jolly, Desmond Bishop, James Starks and Aaron Ripkowski in the sixth round over the years, while Matt Flynn and Jeff Janis were notable seventh-round selections. The late rounds tend to be a best-player-available affair, but there are a few trends that could suggest how Thompson might round out the draft. He has drafted at least one wide receiver in five of the last six drafts, and particularly with Ty Montgomery making the permanent switch to running back, that trend could easily continue. He has also taken at least one defensive lineman in all 12 of the drafts he has conducted for the Packers.

With Aaron Rodgers entering his 10th season as the Green Bay Packers’ starting quarterback and the realization setting in that he is almost certainly past the midpoint of his tenure, there will be calls for Thompson and his personnel team to break their habits and take a more aggressive approach. But if the Packers can come out of this draft with a contributor at each of their major areas of need — running back, pass rush, cornerback and offensive line (not necessarily in that order) — they should be well-positioned to contend again in 2017.