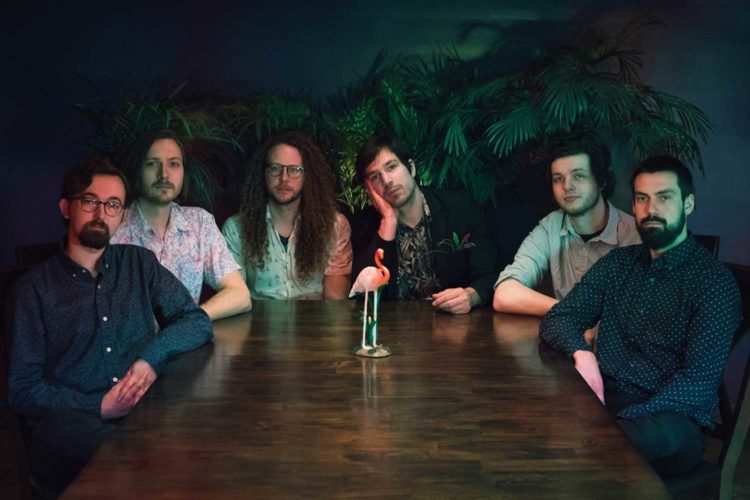 Listening to Galápagos, the sophomore album by Paper Holland, you’d swear the band was actually from those Pacific islands and not the sandy shores of Milwaukee.

Paper Holland — who play an early show at High Noon Saloon on July 17 — deals in a breezy, sun-bleached brand of indie pop, more attuned to the tropics than the Midwestern city that birthed them and a far cry from their earlier, more angular indie rock. And Galapagos, their first full-length since 2013, is a master class in these ethos.

Released on June 1, Galápagos is full of tunes like the gentle, sax-filled “Think” that call to mind days spent laying out in the sun. And the Simpsons-referencing “Milpool” sounds like Father John Misty on summer vacation. It’s no wonder Milwaukee Record named Galápagos one of that site’s top local albums of 2018 (so far).

“The basis for the album was escapism,” says drummer Ted Powers, “and to take respite from the harsh Midwestern winters. The tropical and ‘Galápagos’ vibe was derived from this idea.”

“We did try to draw from some albums that have a specific vibe tied to a location or try to take you somewhere,” adds singer and guitarist Joe Tomcheck. “Graceland by Paul Simon and even Magical Mystery Tour by The Beatles a little bit. I think there’s definitely a little Beach Boys in Galápagos. They’re a good reference point for anything beachy or tropical.”

If you like what you hear, check out Paper Holland at High Noon on July 17 at 5:30 p.m., alongside Madison indie rockers Penny Seller.