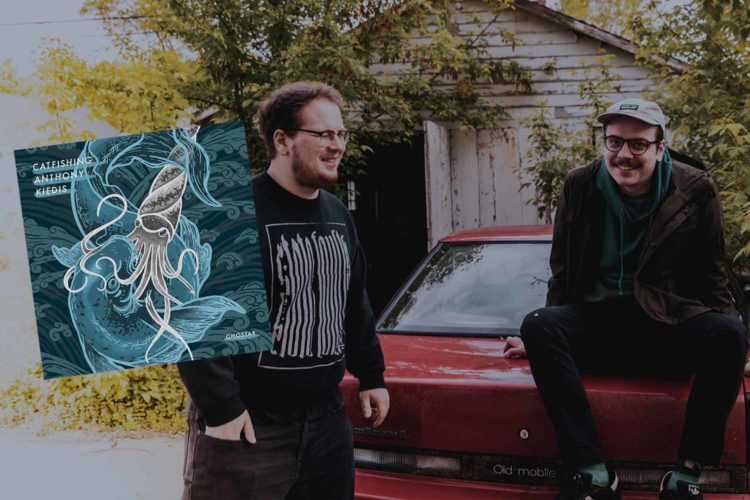 Being emo-adjacent, it’s unsurprising that mathy Madison shoegazers ghostar would come up with a song title that includes pop culture references like “Catfishing Anthony Kiedis.” (It reminds me of “Kirk Cameron Crowe,” a gem from the dearly departed Philly band Snowing.) And while it is funny, it’s not a joke; rather, it’s a distillation of ghostar’s musical split personality.

Released on March 16, “Catfishing Anthony Kiedis” is a four-minute instrumental that runs through a spectrum of genres. The song opens to the wistful ping of Midwestern emo and closes in a post-hardcore fury. Initially recorded for ghostar’s 2019 EP Swelling, it was deemed “a wild song that kind of has a world of its own” and was cut, according to drummer John McCracken.

Now it’s part of an ambitious project from McCracken and guitarist Steve Higgins that also includes a text-based video game built around a simple question: “Are you lost?” It’s a very unsettling, House of Leaves-level weird experience that I probably shouldn’t have played alone in my apartment. Inspired in part by an old My Chemical Romance flash game, McCracken says it’s meant to mimic the song’s themes of duality.

“I’ve made text-based video games for fun before and actually took a class while at UW that was about video games and digital literature,” he explains. “I wanted to try and tell a story through the video game that could be found in the music and the video as well. While it’s all loosely tied together, it was a lot of fun to watch come to life.”

ghostar have an innate ability to fuse moments of serene beauty with total chaos, and this song is a prime example. But more than anything, “Catfishing Anthony Kiedis” got me thinking: how would one trick the often shirtless Red Hot Chili Peppers frontman? My best guess is by pretending to be a young Kentucky girl in a push-up bra.

Do you want to see your favorite local band here? Email me with tips.