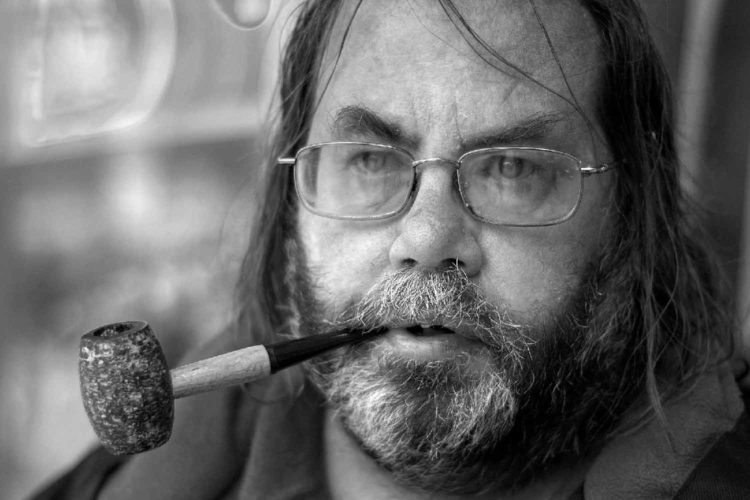 “Scanner Dan” Mathison, the garrulous, bearded fella you may have spotted kicking around near the University of Wisconsin campus in recent decades, has died at 62.

The cause was congenital heart disease, according to his sister Lori Mathison, who also says he preferred the name “Fireman Dan.”

Like Thong Cape Scooter Man or Piccolo Man, Dan Mathison was a regular outsized presence in the Library Mall area of State Street. He was also something of a Madison folk hero — drawings of him can be found in guest rooms at the nearby Graduate Hotel.

Former UW students will almost certainly remember Mathison, whose easy charm earned him an honorary membership in each sorority. At one point a sorority bought him a Wisconsin Union membership and another paid for his apartment cleaning service. Mathison possessed a photographic memory that allowed him to remember the name of nearly everyone he met, even if it was just in passing. (Especially the sorority members, whom Mathison called his “wives.”)

“All the fraternity guys are jealous of me because I’ve got girls and they don’t,” he cracked to The Badger Herald in 2003.

Heard that Madison, WI street legend “Scanner Dan” Mathison passed away. He was a constant presence on State St. for decades and had an impeccable memory for faces. I graduated in ‘95–he remembered me when I was there in 2014. He was a piece of the community & will be missed.

Almost every day, Mathison would park himself at the bottom of State Street with his trusty fire and police scanner. His sister says it stemmed from a childhood fascination with firefighters and law enforcement; their uncle was a fire captain.

“He just adored my uncle,” Lori Mathison told the Wisconsin State Journal this week. “He fell in love with the Fire Department from that point on.”

Mathison was a big sports fan, especially of the Bucks and Packers. He was a World Wars buff who once aspired to join the Navy. But he loved people more than all. And while his zealous engagement with students may not have sat right with everyone — the “wives” comment definitely raises an eyebrow — Dan’s sister insists that it came from a place of genuine friendliness.

“He was just a really outgoing, social person. Just a very kind man,” she said. “He was kind of like a little greeter, like a little ambassador.”

And judging from an outpouring of comments online commemorating Mathison, it appears he did his duty quite well.