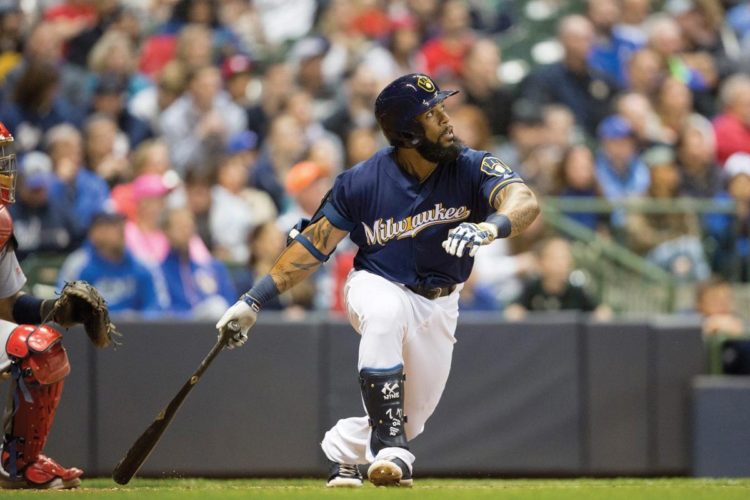 The calendar has flipped to July and the All-Star break is fast approaching. If you had told even the most optimistic Brewers fans back in March they would be the only NL Central team with a winning record after a half-season, you would have been asked when you expect pigs to start flying, too.

Thanks in part to the World Series champion Chicago Cubs’ unexpected mediocrity, the Brewers have been at the top of the standings for over a month now. However, many assume that the Cubs’ talent level will eventually temper out the Brewers’ early season success and the cream will eventually rise to the top — so Milwaukee still isn’t getting much talk nationally, as many seem to view this as a fluke. But the Brewers have proven time and time again that their formula for regular season success can be sustainable, and the Cubs’ glaring issues don’t appear to be going away soon. There’s no reason to believe the Brewers aren’t in this for the long haul in 2017.

That formula — score first and go deep — is centered on a versatile lineup that helps balance out a middle-of-the-pack starting rotation and numerous bullpen blunders. The Brewers continue to pace the National League in home runs and all of Major League Baseball in first-inning runs scored. The propensity to score early and hit dingers often has allowed the team to remain competitive in nearly every game.

Given how often the Brewers bust the guts out of the ball, Sandlot-style, the lineup is in dire need of a catchy nickname (and maybe a parody Twitter account). Some have suggested “Craig’s Crushers” as an homage to the legendary “Harvey’s Wallbangers” of 1982, but I’d advocate for “The Cream City Counsell” as a better shout-out to current team manager (and Brewers legend) Craig Counsell.

The council’s chairman would undoubtedly be first baseman Eric Thames, the exemplar of the Brewers’ “island of the misfit toys” aura. Cooling down after a scorching April in which he outpaced the historic 2001 season of Barry Bonds, Thames still leads the club with 21 round-trippers. The story of his professional baseball detour has now been well documented, as he quickly became a cult hero during his time playing in Korea (see video below). Raw power was never the question with Thames when he was originally coming up as a Major Leaguer. The real transformation that took place in Korea was his pitch recognition. Thames’ plate discipline and ability to work walks is now second-to-none in all of baseball, making him a prime candidate as a No. 2 hitter in front of run producers such as Ryan Braun and Travis Shaw.

And speaking of Shaw, a council needs a mayor — and Shaw acquired that nickname his rookie year in Boston. The third baseman’s continued success has carried it over to Milwaukee. Enjoying a stellar season and set to appear in his first All-Star Game this weekend in Miami, Shaw is a cleanup hitter tailor-made for this lineup. He is a very nice complement, with the Brewers on pace to break the club record for home runs in a season and a Major League record for strikeouts in a season. Shaw doesn’t particularly need to go deep to do significant damage. Due to the Brewers’ tendency to draw walks, Shaw oftentimes hits with runners on, is a natural gap-to-gap hitter, and doesn’t strike out too much. Putting the ball in play is obviously the key to scoring with runners on base, and with several of his teammates whiffing, who better than the Mayor to set up shop in the middle of the lineup?

Travis Shaw is the premier example of David Stearns’ impact as general manager of the Milwaukee Brewers. Along with three additional prospects, Shaw was acquired from the Red Sox last winter in exchange for former closer Tyler Thornburg. Considering the now-injured Thornburg has not pitched and will not pitch in a single game this season for Boston, Stearns may need to apologetically send a fruit basket to the Red Sox front office as gratitude for how lopsided the trade turned out to be. The Shaw move has been a splash, but the majority of Stearns’ transactions that have shaped Milwaukee’s roster and surprising first half have been off the radar. He robbed the Pittsburgh Pirates blind of Keon Broxton, who is a difference-maker with his speed and awe-inducing bombs. Off waivers from Cleveland he swiped Jesus Aguilar, who has been among the National League’s best pinch-hitters and filled in admirably when Braun was on the shelf. Stearns’ very first acquisition on the job was Junior Guerra, who was the Brewers’ opening day starting pitcher this year. And his last? Stephen Vogt, a veteran catcher, which quickly paid dividends last Friday night.

One could argue Stearns has yet to suffer a misstep in almost two years as the personnel decision-maker for Milwaukee. It’s currently a strange cocktail of veterans, blue chip prospects, and cast-aways, which is probably why they’ve bonded as a group in such a manner as they have this year. There is no doubt the fun culture created by Craig Counsell and his players has played a vital role in their success this season. It’s certainly entertaining to watch.

But has Stearns fallen victim to his own genius? The Brewers’ real target year for playoff-level competitiveness was 2018, and the club now finds itself ahead of schedule. But don’t expect Milwaukee to do any major wheeling-and-dealing as we near the trade deadline at the end of July. The organization’s premeditated plan probably won’t be, and definitely should not be, disrupted. There does exist a surplus of young outfielders in the Brewers’ system, but far too many are considered untouchable to obtain a big-name piece at the deadline. A move for another starting pitcher at the back end of the rotation or possibly another bullpen arm is very plausible, but nothing more. Anticipate the team to enter the dog days of summer with largely the same roster.

Once reaching the postseason, teams that strike out as much as the Brewers hardly ever experience a ton of success. The team’s 2017 formula is by no means foolproof, but there is a sizeable safety net. The lineup depth and more-than-capable bench can prevent a collective offensive drought from victimizing the Crew. If the starting rotation continues to be serviceable, Milwaukee will enter September competing for a playoff spot. All things considered, we really cannot ask for much more as the Brewers continue to play with house money.