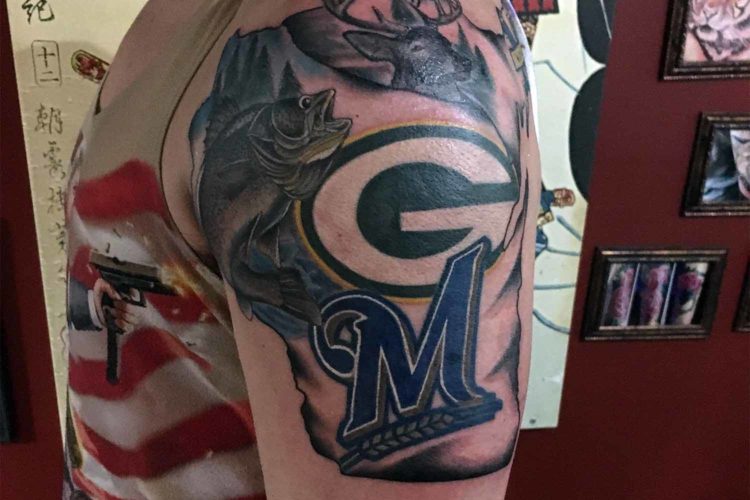 Wisconsin sports fans will be presented with a very tough choice tonight.

At 6:39 p.m., the Milwaukee Brewers will visit the Los Angeles Dodgers for Game 3 of the National League Championship Series. They’re tied at one game each right now, and if the Brewers can win three more and knock out the Dodgers, they’ll earn a spot in the World Series. No brainer, right?

At 7:15 p.m., the Green Bay Packers will host the San Francisco 49ers on Monday Night Football. With a 2-2-1 record, the Super Bowl seems a long ways off. But the Niners are 1-4, and with quarterback Jimmy Garoppolo out for the remainder of the season, this is a good opportunity for the Pack to get above .500.

So the problem presents itself: Do you roll out the barrel, or do you bang on the drum all day? Let’s investigate.

The case for the Brewers

This is Milwaukee’s first time in the NLCS since 2011, when they lost to the eventual World Series champions, the St. Louis Cardinals. And they’ve only played in the World Series once before, in 1982, when they were in the American League. The Brewers lost to the hated Cardinals then, too. So winning the pennant and advancing to the World Series would be a huge deal, and Game 3 is important to that cause.

The 2018 squad is arguably the best team the Brewers have ever fielded. Offseason acquisitions Lorenzo Cain and MVP frontrunner Christian Yelich have paid off hugely, while slugger Jesús Aguilar is enjoying a career-making season. And the Brewers boast one of the deepest bullpens in baseball, including flamethrowers like Josh Hader, Jeremy Jeffress and Corey Knebel.

I’ve seen the Brewers field enough straight-up bad baseball teams to know how special having a good one is. And I’m going to hold on for dear life until the wheels come off. This is my ride or die crew.

The case for the Packers

None. This is the Milwaukee’s ninth LCS game in 35 years. The Packers are playing a regular-season game. Against the 49ers (who, again, are 1-4). In a season where Mike McCarthy seems like he’s going out of his way to get himself fired.