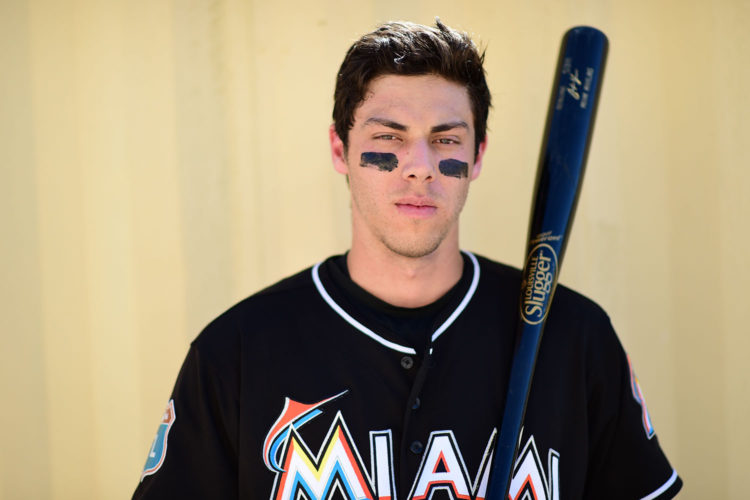 The Milwaukee Brewers haven’t had a legit “face of the franchise” since pre-steroid revelation Ryan Braun.

In basketball a couple of astute free-agency signings or trades can suddenly turn a 20-win team into a 60-win contender, while a mid-season injury to, say, a two-time league MVP quarterback can completely torpedo a football team’s playoff chances.

Baseball isn’t as star-centric as those other sports, but having star players certainly helps put contending teams over the top. The last two World Series winners — the Houston Astros and the Chicago Cubs — famously went through multi-year rebuilds centered around young franchise faces like José Altuve and Kris Bryant.

The Brewers surprisingly contended in 2017, a season or maybe two sooner than may have been reasonably expected from its solid but probably starless young core of players. At 86 wins, Milwaukee ultimately fell just one win shy of a wild-card berth. But on Thursday afternoon, the franchise very well might have found a cornerstone for the next step of its own rebuild: Christian Yelich.

The 26-year-old outfielder — a former Gold Glove winner and a recent top prospect himself — was acquired from the newly Derek Jeter-“led” Miami Marlins in exchange for four minor leaguers. Headlining the package is soon-to-be 24-year-old outfielder Lewis Brinson, who arrived from Texas in exchange for Jonathan Lucroy only about 18 months ago. Brinson was the Brewers’ consensus top prospect and is full of potential, but Yelich already is what Brinson might become.

Wins Above Replacement (WAR) compares how much better a player is than someone who would typically be readily available to replace him. Yelich has been a 4.5 WAR player each of the last two seasons, i.e. worth about 4½ more wins than a hypothetical replacement. He’s also projected to maintain that high level for the next several years. Comparatively, Keon Broxton, the Brewers’ main center fielder last year, was worth 0.7 wins while Brinson currently projects at 5.4 WAR total over the course of the next six seasons.

But of course, Brinson or even Broxton could have a big year and Yelich could get injured or simply have an uncharacteristic dud of a season. Projection systems may simulate a season thousands of times but the real-life fellas will only play it once. So while it’s no sure thing that Yelich will be four wins better than Broxton or Brinson in 2018, he’s an obvious upgrade and the kind of player who helps an 81-win non-playoff team get to 85, or an 85-win team move toward 90.

Oh, and Yelich is signed for the next four seasons plus a club option fifth year for an entirely reasonable (by baseball standards) price of $58.25 million. Only 26, he might be offered double that or more if he was on the open market. After all, Yelich was the first player mentioned in an ESPN Insider article earlier this month entitled “Baseball’s best bets to break out in 2018.” The author speculates that Yelich might have a league MVP season in him someday.

“We’re getting a player who is just now in the prime of his career and can be a Milwaukee Brewer for the next five years,” says general manager David Stearns. “It’s a very rare opportunity. We felt like it was something we had to take advantage of.”

Oh, and the Brewers on Thursday night also added free agent Lorenzo Cain, who incidentally made his big league debut with Milwaukee back in 2010. Yelich and Cain arguably are now the team’s best two players.

So consider this rebuild officially over. Go buy yourself a Christian Yelich jersey. Pitchers and catchers report to spring training in three weeks. Coming off of disappointing Packers and Badgers seasons, this is all exciting stuff.