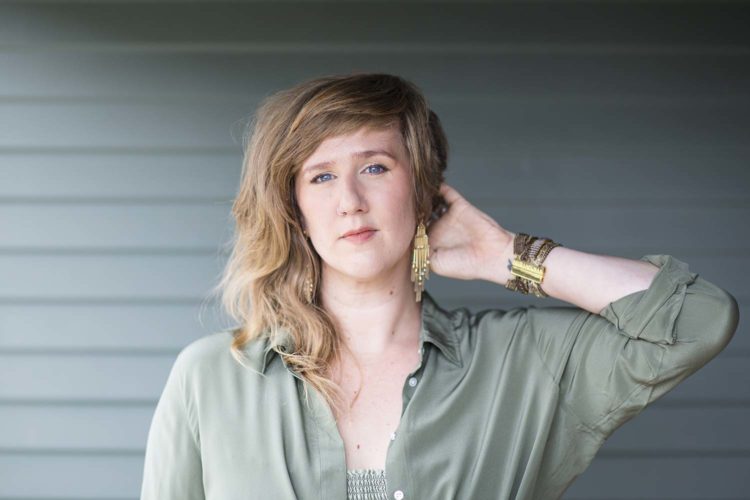 I felt kind of bad about calling Anna Vogelzang at 9:30 (her time) on a Saturday morning.

For one thing, Saturday is pretty much the universal day for sleeping in. But to complicate things more, Vogelzang — who will perform at The Winnebago on Oct. 12 — held the release show for her new album in Los Angeles the night before. But she insists that I am not some kind of monster.

“It’s such a busy time that this really was perfect,” the 34-year-old says with the alertness of someone who didn’t debut an entire album just hours earlier.

But Vogelzang is very busy. Besides releasing her seventh full-length, Beacon, she’s also gearing up for a five-day tour that will bring her back to Wisconsin. From 2008-16, Vogelzang was a mainstay of Madison’s music scene. She shepherded a thriving indie folk community and co-founded the annual benefit concert Wintersong. (She’ll be back again in December for that.)

This sense of movement is paramount to Vogelzang’s music. She was born in Boston and lived in Chicago before coming to Madison. Then, she and her family relocated to L.A., but moved back to Chicago in August. Beacon is representative of that nomadic lifestyle — much of it came together in the midst of Vogelzang’s journey west.

“One song I wrote in the transition when I knew I was moving but was still in Madison,” she says. “Another song I wrote as I was moving. And then ‘Beacon’ I actually started when I would go on tour based in Madison, but I finished it once we had moved.”

Midwestern music has a close, familial quality. As photographer Spencer Wells puts it, “People stay inside together… they collaborate and go to various venues and shows, because it’s dark at 5 o’clock and there’s nothing else to do.” In Madison, that community was always close by. But even Vogelzang, a prodigiously talented lyricist, struggled to gain a foothold in her much larger new town. Los Angeles folks are more likely to flake out on coming to shows, she says, which makes it harder to gain traction.

“You’re able to make change and make waves with the help of your fellow musicians in Madison. It’s something that I love,” she says. “That is actually something that I had just started to break into in L.A. as well.”

But soon she started a popular songwriters’ group and found a residency. From there, she met the cast of musicians who helped create Beacon. Among them was producer Tyler Chester, a multi-instrumentalist who’s played with everyone from Andrew Bird to Mandy Moore. With Chester, Vogelzang would zero in on a version of folk-rock more attuned to Laurel Canyon than central Wisconsin.

“The choices on the record are things that I wouldn’t necessarily have intuited,” she says of working with Chester. “We found the sound together.”

“Bigger than all of us”

If Vogelzang’s goal was to create a supportive environment, she’s achieved it tenfold in Madison. Since 2012, for example, Wintersong has provided an outlet for some of the area’s best musicians and served as a fundraiser for Second Harvest. For Vogelzang, it’s a testament to the power of like-minded people who genuinely care.

Searching for something larger than oneself is a recurring theme for Vogelzang. She finds friends easily, and her songs are built around arrangements so intimate you feel like you’re in the studio with her. But with Beacon, she’s created an album with a scope as big as its heart.

Anna Vogelzang will perform at The Winnebago on Saturday, Oct. 12, with support from Courtney Hartman and Coyote Brother.