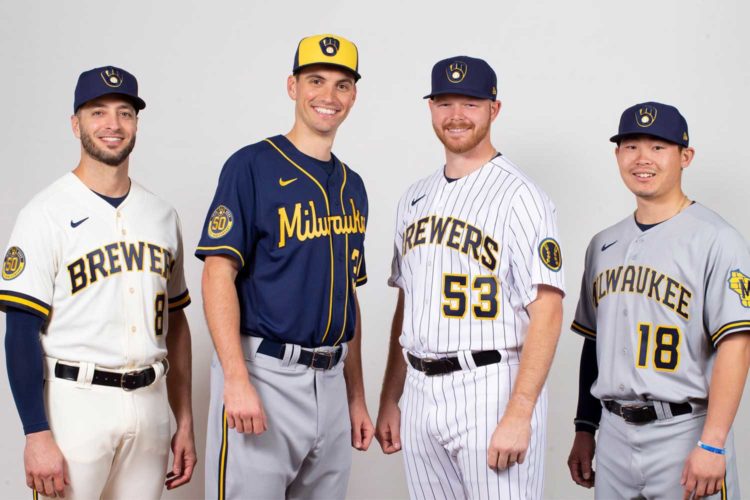 On Monday evening, the team unveiled their new primary insignia for the 2020 season, and I for one couldn’t be more pleased. For the first time since 1993, the Milwaukee Brewers will use (a modernized version of) the iconic ball-in-glove logo full-time.

This is what the new era of Brewers Baseball looks like. #glovestoryhttps://t.co/s1QGbQQK8q pic.twitter.com/kvcxR4Ygib

“As we reflected back on 50 years of the Brewers in Milwaukee, we turned to the past to inform our future,” owner Mark Attanasio said in a press release. “Our fans, our city and our state have been the fabric of our franchise since 1970, and they are the inspiration for our new look.”

It’s a smart decision. If given the choice between ball-in-glove and the “Barley M” — which the team had used since 2000 — I think most fans would choose the ball-in-glove. It was first brought back as an alternate in 2006, and in 2015 Attanasio almost made the switch permanent. But he didn’t want it to look like he was diverting attention away from a bad team. Now that the Brewers no longer suck, it’s ball-in-glove again, baby.

The new uniforms feature an updated font, plus the color scheme was altered to yellow and a slightly darker navy blue. And in a nod to Milwaukee’s status as “Cream City,” one of the two home jerseys will be cream (the other is white pinstripe). There’s also an all-new gray road jersey and new inset logo, featuring a baseball with barley sprigs for seams. It’s good to see such an integral part of the team’s identity back as more than just an alternate.

Heritage. Hustle. Heart. Wisconsin, this is for you. #glovestory

Obviously, I am very much the target audience for that video, but damn. Maybe it’s the early snowfall talking, but is it baseball season yet?

(BTW, if anybody need an idea of what to get me for the holidays, the cream Lorenzo Cain jersey in an adult medium would be nice…)