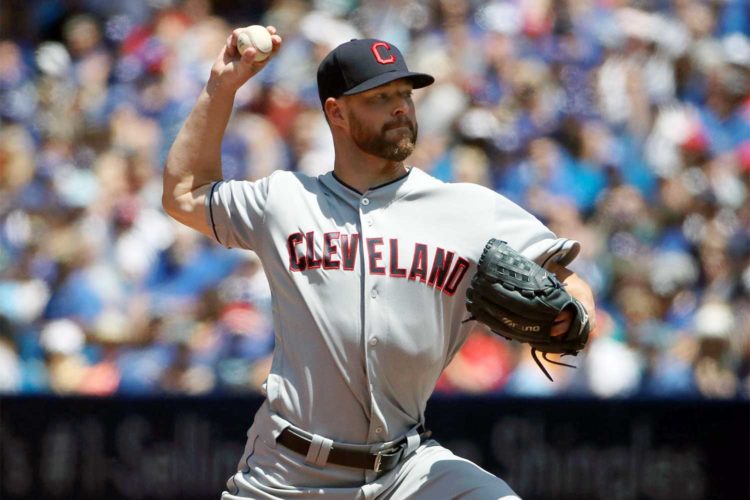 The Milwaukee Brewers have been making noise during the winter meetings currently in progress in Las Vegas. They haven’t struck any major deals to date, but the team has reportedly kicked the tires on free agents Wilson Ramos, Ian Kinsler and Daniel Murphy, and have also shown interest in re-signing Mike Moustakas and Wade Miley.

But here’s the big news: Word on the web is the Brewers are seeking a frontline starter for 2019. The rumor mill has linked them to Japanese lefty Yusei Kikuchi (though he has stated a preference for playing on the West Coast) and, more shockingly, Cleveland Indians ace Corey Kluber. As I noted earlier this offseason, the Brewers absolutely should be pursuing such an elite starting pitcher, especially in light of the St. Louis Cardinals’ recent trade for star first baseman Paul Goldschmidt. The competition just got stiffer in the NL Central, and Milwaukee simply cannot afford to stand pat.

The Brewers have a couple intriguing young players to dangle in front of Cleveland in Keston Hiura and Corbin Burnes. The former, a 22-year-old second base prospect, was the team’s first-round pick in the 2017 draft. The latter is a 24-year-old righty who performed solidly in 38 innings out of the bullpen following a midseason promotion. While moving such promising pieces would hurt, it would be preferable to using the Brewers’ other big trade chip: über-reliever Josh Hader.

Milwaukee wouldn’t be the only MLB team to capitalize on the soaring value of elite relievers this offseason, but that still doesn’t make it a good idea. Unlike the Seattle Mariners, the Brewers are built to stay competitive for the next few seasons. And Hader, 24, is basically the best-case scenario from a player development standpoint; the chances of replacing him are close to zero. Remember, Hader set a modern record last season with his streak of 16 consecutive outs recorded via the strikeout. His 143 total Ks set the all-time mark for a lefty reliever in a single season.

Despite such a historic performance, a relief pitcher’s value on paper is always limited by scarcity of opportunities. As noted in this piece by Jaymes L. at Brew Crew Ball, Hader’s 2.7 Wins Above Replacement (WAR) last season was roughly equal to that of journeyman starter Jhoulys Chacin (2.6). But the value Hader brings to the back of the Brewers’ bullpen that can’t be fully expressed in WAR. He is a terrifying presence on the mound, and having such a late-innings weapon is game-changing, especially in the playoffs. And given how much of the Brewers’ 2018 success was tied to the strategic deployment of relievers for optimal matchups, Hader is arguably more valuable to them than he would be to most other teams. There’s little question that manager Craig Counsell and the Brewers’ front office think more highly of Hader than Chacin.

On the other hand, relievers are famously volatile creatures. A lockdown closer one year can dissipate into the ether the next, perhaps to emerge as another team’s reclamation project. There’s an argument to be made that Hader’s trade value will never be higher than it is right now. The return could be tantalizing — perhaps even including an ace-level starting pitcher like Kluber.

But it’s worth remembering that prospects are fickle, too. Even the most surefire-seeming minor league players often fall flat on their faces. Trading Hiura or Burnes would make plenty of Brewers fans queasy, but Hader is far more likely to contribute in 2019. And the Brewers’ window of contention is open right now; they don’t need to wait around and hope their minor leaguers turn into major leaguers. That’s why Milwaukee should be willing to move prospects — not Hader — if the opportunity arises to land an ace like Kluber.