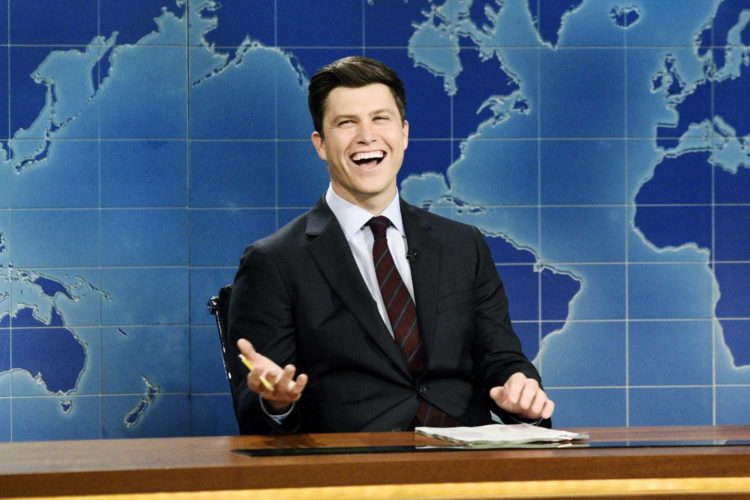 The Saturday Night Live co-head writer will perform at the Orpheum Theater on Wednesday, May 27, it was announced this morning. Jost is on tour this spring doing stand-up and promoting a memoir that will be released on April 14, titled A Very Punchable Face. Said punchable face was last in town two years ago for a multi-show run at Comedy on State.

Though best known as the co-anchor since 2014 of SNL’s “Weekend Update,” the 37-year-old has actually been with the NBC late-night show since 2005. Hired just out of Harvard as a writer at 22, Jost currently shares the Update desk with Michael Che. Behind the scenes, he’s also written some great sketches, including this one starring Jon Hamm and Will Forte:

This was one of the first sketches I wrote for SNL, featuring the great Will Forte aka @OrvilleIV https://t.co/AuiHRnNyGv
Happy Halloween!

Coupled with years as a stand-up comedian, there’s lots of material to cover in Jost’s book. “I get physically injured or maimed in many of the chapters,” he says, “which I’ve discovered is how people most want to see me.” Makes sense: Jost’s perpetual know-it-all smirk is like a comedic superpower.

If you’re unfamiliar, I recommend this “Weekend Update” bit from 2017 featuring his fellow Staten Island native Pete Davidson. The two discuss very different views of their hometown, and Jost’s title as People magazine’s “sexiest joke writer.” You’ll either fall in love with his dashing good looks or be overwhelmed with the desire to hit him. Regardless, tickets for the Orpheum show go on sale this Friday, Feb. 28, with a Thursday pre-sale.