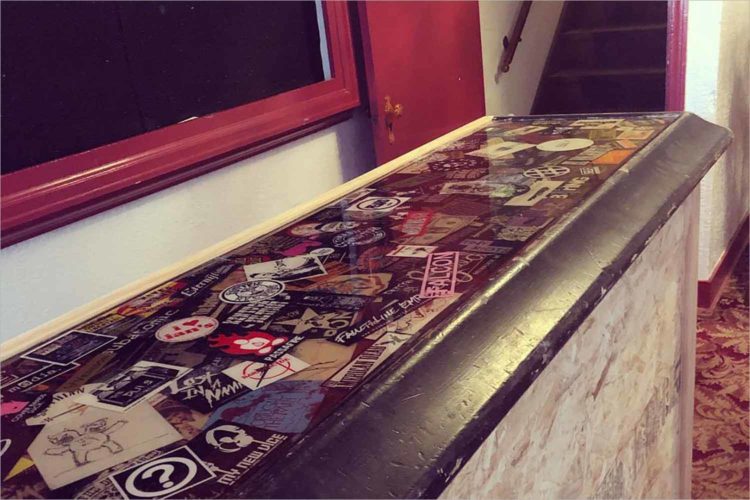 The first thing you’d see when you walked into The Frequency was a hundred stickers staring back at you. The beloved Madison rock club, which closed last year, showcased a decade’s worth of local music and history through the many decals on its bar.

Last week, The Mode Theater posted on Instagram several photos of a new bartop that bore more than a passing resemblance to it. Several curious Instagram comments later, the Waterloo venue confirmed that the top is, in fact, formerly of The Frequency.

Jeff Deegan, who bought the Mode with his wife Valerie in 2017, says he spoke to former Frequency owner Darwin Sampson in December about acquiring the angled section of Sampson’s old bartop. It seemed like a perfect opportunity: Sampson was looking to sell, and Deegan wanted to add a second bar at The Mode. 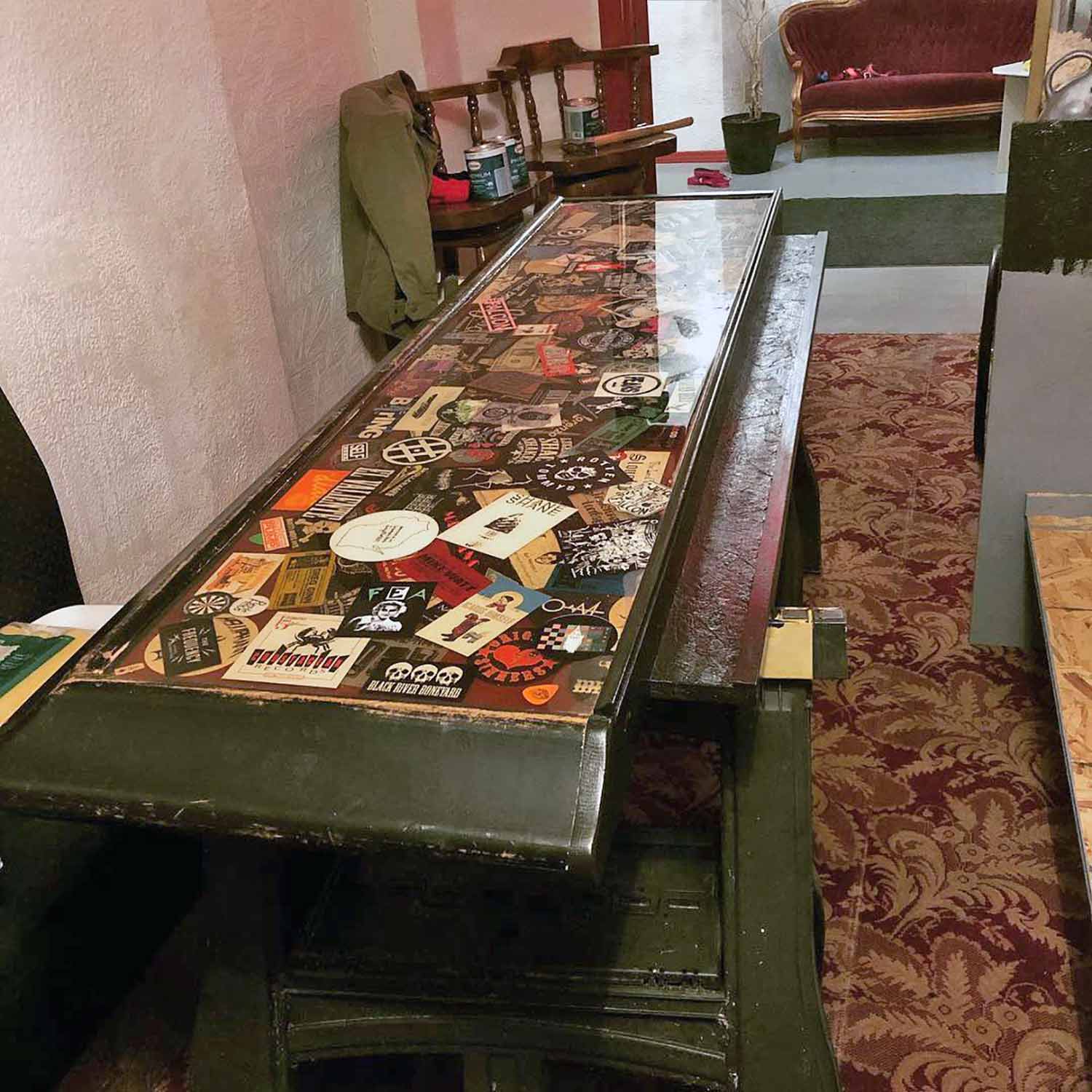 Several months later, they finalized a deal. Deegan picked up the bar last month at Sampson’s Madison storage space and set about refurbishing it for The Mode, an historic theater that hosts everything from concerts to art shows.

“I cut it to the size I needed, added some paint and trim and installed it in my lobby,” Deegan says, adding that he plans to have it operational in time for The Mode’s next scheduled concert in June. “In addition to remaining a bar, it’ll serve as check-in for shows and events here at The Mode.” And he says a trimmed chunk was hung in the green room as an art piece.

Deegan, himself a Madison transplant, is looking forward to carrying on The Frequency’s legacy about a half-hour’s drive away.

“I loved The Frequency, as did countless others,” he says. “I’m beyond elated to have this piece of Madison music history in my spot.”