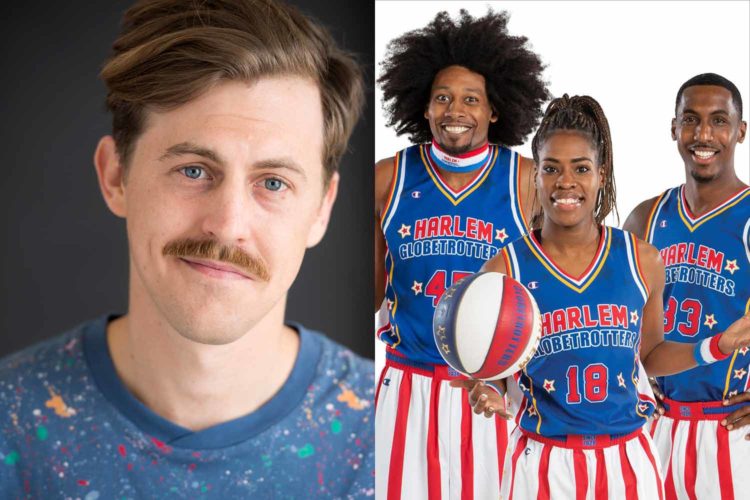 Basketball’s clown princes (and friends of Scooby-Doo) the Harlem Globetrotters hardly need an introduction. With names like “Moose Weekes” and “Dizzy English,” these iconic hoopers are the high-flying, ankle-breaking, slapstick kings and queens of the court. Those poor Washington Generals aren’t going to know what hit them. Side note: imagine being a player on the Generals. Your entire job is to get absolutely demolished every night. You’re a punchline. I hope they have a good mental health plan.

From Jim Carrey to Seth Rogen to John Candy, Canada has a long history of exporting some very funny people. Count stand-up and British Columbian Ian Bagg among those. The comic is endlessly likable and has an improvisational streak that makes for some virtuosically good crowd work. You never get the same Ian Bagg show twice, but they’re all extraordinarily funny.

Dance away 2019’s anxieties with one of the year’s biggest parties. Madison’s beloved funk outfit The People Brothers Band will be in the house to put asses on the dancefloor. But to be fairrr, those asses will probably already be on the dancefloor courtesy of an impressive array of local funkers. Porky’s Groove Machine, Frogleg and Feed the Dog will also be on hand.

Funkiness appears to be the theme for New Year’s Eve, and that’s more than OK by me. Madison-based and New Orleans-inspired outfit Mama Digdown’s Brass Band will send out 2019 in a hail of trumpets and infectious grooves. And they won’t be doing it alone: The Handphibians will provide a little carnivale-flavored support.

Every Rod Tuffcurls show is a rager, so it’s fitting they were tapped for The Sylvee’s New Year’s Eve party. The Chicago-based cover band will offer their usual mix of everything from Taylor Swift to Hamilton, with support coming from Madison’s retro funk and soul tribute Don’t Mess With Cupid. And in an incredibly 2019 twist, there will be a White Claw toast at midnight and late-night snacks courtesy of Ian’s Pizza.

If you can’t decide what kind of soundtrack you want for New Year’s Eve, perhaps I could direct you towards Wurk. The Madison jam band fuses a ton of genres together — from prog rock to reggae to jazz fusion — making them one of the most eclectic groups in town. It’s like having a dozen different bands in one. With Milwaukee’s Spare Change Trio, a group that incorporates the didgeridoo into their amorphous jams.

This is no-frills, no bullshit, straight-up rock of the local variety. Groove metal act Whisky Pig promises a show that’s loud, booze-soaked, and perfect for banging your head until you get whiplash. Fans of Every Time I Die and Guns N’ Roses should start stretching their necks out now. Other highlights include frenetic psych outfit Treatment and post metal shredders Bereft. Rounding things out are Madison metal favorites Birth of Tragedy and hardcore unit Warhawks.

After spending much of the last couple years playing with The Hussy and Cave Curse, Tyler Spatz is back with psych-metal scientists Poney. And better yet, Poney is working on their first new music since 2017 — so keep your ears peeled for fresh jams. Turbo-punks Fire Heads will also perform, alongside dream pop act Neens and art house pop punks Tom GRRRL. And it’s free, so good like finding an excuse not to go, ya cheapskate.

It’s unfortunate Alex Moffat’s time in Madison couldn’t overlap with the Globetrotters, because maybe then he could dust off those skills he learned as a Chicago Bulls acro-dunker. But for as good as the Saturday Night Live star is at dunking off a trampoline, he’s way better at being funny. Whether you know the 37-year-old for his Eric Trump impression or his self-sabotaging SNL character The Guy Who Just Bought a Boat, Moffat is a versatile comic who’s one of the funniest people on network TV.

He may hail from Minneapolis, but rapper Lucien Parker is a Madison mainstay. Earlier this decade, the former UW undergrad was running recording sessions out of his Sellery Hall dorm room. Parker makes hip-hop with a poetic edge that occasionally verges on psychedelic. To my ears, it has that same loopy swagger as A$AP Rocky’s At. Long. Last. A$AP. Parker released an EP called Mephoria in 2018. He will lead a lineup here that includes Mic Kellogg, Bravo, Genesis Renji, Outside Voices, Eli B and Supa Friends, with Genna’s open mic czar Rob Dz hosting.

This annual show is always a wild time, but this year attendees will get the additional treat of seeing the creators of 2019’s best ska/punk/emo album. On Hard Pop, Milwaukee’s Telethon delivered an expansive, engrossing listen that calls to mind the best of The Hold Steady, Jeff Rosenstock and Rozwell Kid. And it’s unabashed in its joyful geekiness: “How Long Do I Let it Go For?” has a chorus interpolated word-for-word from an old Doctor Strange comic. The lineup also features Gender Confetti, Coasting, Something to Do, We Should Have Been DJs, No Question, Parsing, Courtesy of Tim and Clean Room.

It’s been a transitional year for Madison’s Interlay, who were still called Wash the last time we checked in with them. But despite the new name (and the replacement of bassist Adam Flottmeyer with Nathan Hahn), the quartet is still cranking out songs that marry shoegaze’s wall of guitars with grungy distortion. They’re one of my favorite local bands and I highly recommend them, if that means anything to you. Interlay is supporting Minneapolis garage punks Sass, one of Stereogum’s best new bands of 2019. With Treatment, who hopefully got some sleep after their New Year’s show at BarleyPop.

Calling all Cobainiacs: tribute act Nivrana is promising a night of three — yes, three — sets of Nirvana classics. The Twin Cities-based trio will both perform the landmark album Nevermind front-to-back and play unplugged. And if that wasn’t enough, they’ll also deliver a “mixed bag” of tunes from the iconic grunge band. Come as you are. (As you were, as I want you to be.)

Listening to Harmonious Wail is like taking a trip around the world, even if in this instance it’s just a short trek to North Street. The group’s rootsy Gypsy jazz draws on elements of the smoky Parisian club scene to the backwaters of the Mississippi Delta. Likewise, they’re an unmatched live show. How often do you get to see someone using a cardboard box as an instrument, as vocalist Maggie Delaney-Pothoff does? (Answer: almost never, unless you and I are going to very different shows.)