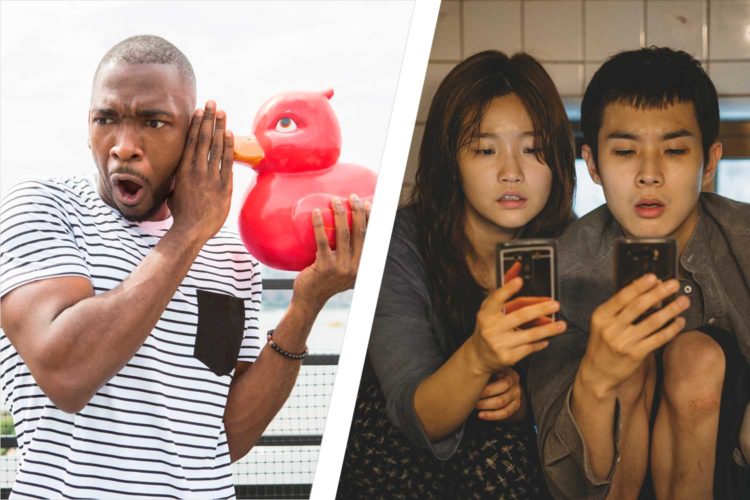 Perspectives on the Coronavirus Crisis in China

Coronavirus, or COVID-19, is spreading in the United States, despite the president’s belief that it’s a hoax. But in China, the disease has already killed thousands. And to understand the virus, you need to understand where it began. Five UW professors will convene to discuss the ins and outs of the sociological and scientific effects of coronavirus on the country. And while we’re at it, a friendly reminder: wash your damn hands, people!

I know, I know. Dan Kelly sucks. But March 3 is my birthday. And there is nothing more I would like than for you to go and ask the Wisconsin Supreme Court Justice to his face about those extreme, gross and wildly outdated views. If you can’t make it, a nice consolation would be to vote for Jill Karofsky on April 7.

Quan Barry: ‘We Ride Upon Sticks’

Back when I was playing team sports, I wasn’t above seeking out some higher power to carry the squad to victory. The field hockey players of Quan Barry’s novel We Ride Upon Sticks take it a step further, calling on dark magic to aid them. Though I suppose that’s par for the course in Danvers, Mass., home of the 1692 witch trials. Barry’s 1980s-set book draws on that history, as well as me-decade touchstones like Heathers to create this darkly comic story. Barry, who’s also a UW professor, will be on hand to discuss her novel.

When it comes to cheese, Wisconsin does not fuck around. So it makes perfect sense that the World Cheese Championship would be held here in Madison. Cheesemakers from around the globe will gather in hopes of being named best in the world. There are over 3,500 submissions this year — and no matter who wins, attendees will still get the chance to sample a whole lot of good cheese.

I’m going to do my best to describe this because as we’ve covered here before, I am not the brightest when it comes to STEM. (Not for lack of trying, though! Nova is my friend.) The Immortal Life of Henrietta Lacks, an award-winning 2010 book by Rebecca Skloot, tells the story of Lacks, a woman whose preserved cervical cancer cells posthumously contributed to numerous scientific advancements — from the polio vaccine to the effect space travel has on human cells. Here, Skloot will discuss both her book and ethics in science in general. Knowledge is power!

And then there were five. After weeks of competition, the original field of 60+ local jokesmiths has been whittled down to Ton Johnson, Jackson Jones, Kayla Ruth, David Schendlinger and Jake Snell. These five comedic gladiators will battle for the title of funniest comic in town. Who will join the ranks of hilarious folks like past winners Johnny Walsh and Nick Hart?

Do you have a quote from a movie or TV show that you’ve co-opted into your everyday life? I’ve got a few, but my most frequent is “ordinary fuckin’ people” from Repo Man. It’s a catchall utterance for when the general public gets you down, something Harry Dean Stanton’s crusty character in the ’80s punk cinema touchstone Repo Man would know all about. In this cult classic, Stanton plays a veteran repo guy who takes an aimless suburban punk (Emilio Estevez) under his wing. It’s funny, freaky and boasts one of the best soundtracks in movie history, featuring Iggy Pop, Black Flag and Circle Jerks. Everyone needs to see this movie at least once.

I like my music how I like my coffee: dark, rich and filled with overcast progressive electronics. Given this, Kayo Dot should be my new favorite artist. The NYC-based act began as a sort of quasi-metal, but has experimented and blossomed so much that it’s hard to figure what exactly to call it other than “very good.” Support comes from fellow New York metal explorers Psalm Zero and Madison krautrock duo Telechrome.

Former SNL cast member Jay Pharoah is an incredible impressionist, but he’s also an incredible stand-up, an animated force on stage with a gift for character work. The 32-year-old is a chameleon, able to shift between observational humor and celebrity imitations with the same ease as he’d have tying his shoes. My personal favorite is his pitch-perfect take on his ex-SNL coworker John Mulaney. Pharoah has also appeared in films like Ride Along and Chris Rock’s critically acclaimed 2014 directorial effort, Top Five.

Thursday through Saturday, March 5-7, The Marquee at Union South (info)

I’ve been a member of the Bong Joon-ho hive for a while now — The Host practically exploded my mind in school — but Parasite entirely changes the conversation around the South Korean auteur. Bong has long been able to mix genre cinema with social commentary, but Parasite ratchets that up to an entirely new level. Without giving too much away, an extremely poor family (led by frequent Bong collaborator Song Kang-ho) gradually infiltrates an extremely rich family. And then about halfway through the film, things go extremely sideways. It also just picked up a bunch of Oscars, including Best Picture. And it absolutely, 100% deserves it. It’s not only Bong’s own masterpiece, but a cinematic marvel in general.

Thursday through Saturday, March 5-7, The Marquee at Union South (info)

Hayao Miyazaki is like Japan’s own Walt Disney, but without all the anti-semitism. The legendary animator makes fantastical, emotionally riveting films that burrow into your psyche. They’re all good, but Spirited Away stands a cut above the rest. In it, a young girl accidentally stumbles into a spirit world and must work to both adapt to her new surroundings and find a way back to her family on the outside. It won the Academy Award for Best Animated Feature in 2003, making it the first foreign-language film to ever win that particular trophy. Though if you ask me, every Miyazaki is Oscar-worthy.

If you yearn for the halcyon days of 1990s alternative, Bad Bad Hats is the perfect band for you. The Minneapolis trio is like Superchunk for a new generation, a pitch perfect mix of pop punks hooks and grungy guitars. And they play around these parts enough that I’m going to go ahead and name them an honorary Madison band. Support comes from The Racing Pulses, Madison’s own version of The Strokes.

Pysch rock duo Dumbo Gets Mad may now call Los Angeles home, but they’re a long way from their actual homes. Luca Bergomi and Carlotta Menozzi hail from Italy and mix pop hooks with kaleidoscopic instrumentation, making it as easy to listen to as it is to get totally lost inside of. And that’s the mark of psychedelia done well: music that practically envelops the listener. With Sea Moya, another set of European transplants who moved from Germany to Montreal in 2018.

Looking for pure, unadulterated punk rock? Milwaukee’s beer soaked Sex Scenes have you covered. With a blistering pace and wild live show, the group is as loud and melodic as they are sweaty. And when you play as hard as Sex Scenes do, you get very sweaty. Local support comes from a pair of equally energetic Madison punx, Treatment and Black Cat.

For many comedians, keeping it clean would eliminate their entire act. But Nate Bargatze manages family-friendly material without losing any of its comedic edge. The Tennessee native is endlessly relatable, riffing on every minutiae in a way that everyone from cynical stand-up nerds and pearl-clutching grannies alike can LOL at. Case in point, he’s received praise from the disparate likes of Jim Gaffigan and Marc Maron. His first one-hour special, The Tennesssee Kid, premiered on Netflix last year.

There’s something sweetly nostalgic about renting movies. It reminds me of going to Hollywood Video after school and checking out The Matrix for the 20th time. Those chain stores went to the great return box in the sky a long time ago. Here in Madison, Four Star Video Rental has long been the hub not just for movie borrowing, but for film appreciation in general. Now the local institution is celebrating its new West Gilman location with a party that will include two DJs and drinks. Be kind, unwind.

If you’re into psychedelics (specifically the music, but I’m not one to judge), this show features some of the best jammers in the Madison area. The headliner Sweet Delta Dawn approaches the genre through the lens of heavy blues rock. Think Stevie Ray Vaughan by way of Phish. Featuring the eclectic and chaotic seven-piece White Bush Unicorn and high-energy rock outfit Magic Conch.

Like any country singer worth their salt, Craig Gerdes is a road warrior. The Southern Illinois native has spent enough time on the road to call it a second home, gigging with everyone from Tyler Childers to Staind’s Aaron Lewis. Along the way, he’s honed an earthy, authentic sound that’s got the power of an 18-wheeler. Yee — and I can’t stress this enough — haw.

Despite hailing from the middle of Texas, Summer Salt sound made for the beach. Their tunes combine breezy melodies with lush instrumentals and will have you yearning for the weather to stay above 50 degrees. They released their sophomore album, Honeyweed, in 2019. The warm retro-folkies of Okey Dokey and charming reverb-lovers Breakup Shoes will open.