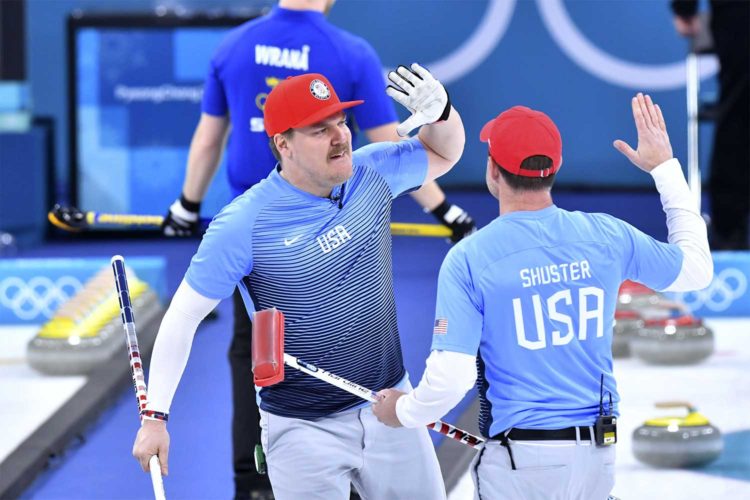 The U.S. men’s curling team took home an Olympic gold medal over the weekend, an unexpected event for everyone except maybe the writers of The Simpsons.

The winning squad included Matt Hamilton, a mustachioed McFarland native who’s become something of a fan favorite thanks to his uncanny resemblance to a certain Italian plumber. But Hamilton wasn’t the only local athlete to find themselves atop the winner’s podium in PyeongChang. On Thursday, Amanda Kessel and the U.S. women’s hockey team took down Canada in an overtime thriller.

And in fact, a number of Winter Olympic gold medalists have come from the Madison area over the years, with Hamilton being the first to do it without skates. Here’s a look at the local company he and Kessel now find themselves in.

Eric Heiden grew up in Madison’s Shorewood Hills neighborhood and is widely considered the greatest speed skater ever. In 1980, he won a record five individual gold medals in long track. His sister Beth also won bronze in 3,000-meter speed skating that year before going on to an accomplished career in bicycle racing.

Wisconsin actually has a long history of churning out some seriously kick-ass speed skaters. Verona native Casey FitzRandolph won gold in the men’s 500-meter in 2002, making him the first American to do so since Heiden.

The current (and four-time national championship-winning) head coach of the UW women’s hockey team, Mark Johnson is a Madison native and Memorial High graduate who’s also an Olympic legend. He played center on the 1980 “Miracle on Ice” hockey team that wholly unexpectedly knocked off the Soviet Union. Johnson scored not one but two game-tying goals in the 4-3 win.

Johnson wasn’t alone in coming from the land between the lakes to take down /extremely Kurt Russell voice/ THE SOVIETS in Lake Placid. Bruce Suter was a Madison East grad and fellow Badger alum who played defenseman on the team. Sadly, he died of a heart attack in 2014 at a Middleton hockey rink that now bears his name.

With last week’s victory, Amanda Kessel now has Olympic bragging rights over her brother Phil, who won a measly silver with U.S. men in 2010.

Professionally, Phil won back-to-back Stanley Cup championships in 2016 and 2017 as a member of the NHL’s Pittsburgh Penguins, and Amanda, who plays for the NWHL’s Metropolitan Riveters, won an All-Star Game MVP in 2017.

The Kessels each played collegiately at Minnesota, but four of Amanda’s gold medal-winning teammates played for the Badgers, including Brianna Decker, Meghan Duggan, Hilary Knight and Alex Rigsby.

Save for snowboarder Chloe Kim, no athlete from this year’s games in PyeongChang has enjoyed as much viral success as Matt Hamilton. His younger sister and fellow curler Becca also competed in PyeongChang this year, much to the delight of Saturday Night Live’s Leslie Jones.

For an extra helping of Madison, here’s an interview Matt Hamilton gave to NBC Sports last fall in which he shouts out Spectrum Brands, the Tornado Steakhouse and State Street. In addition, we learn his pregame playlist includes “Calm Before the Storm,” a Fall Out Boy song from their 2003 album Take This to Your Grave, which was recorded at Smart Studios in Madison.

I don’t know about you, but I am just swelling with civic pride right now.