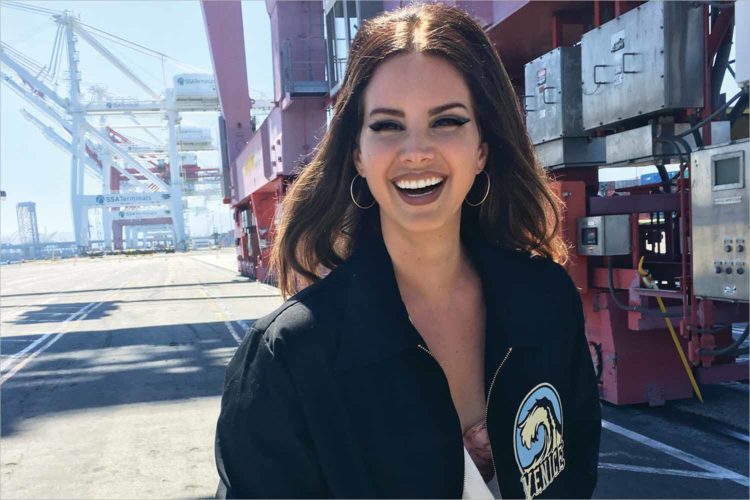 Though born in New York, Lana Del Rey is pop’s preeminent moody California girl. The sultry Del Rey (born Elizabeth Grant) makes songs that smolder and brood under the coastal sun. And she keeps getting exponentially better at it with each album — 2019’s Norman Fucking Rockwell! is an expansive listen that’s far and away her best work to date. Haley, an indie pop singer from Duluth, will open things up.

Wanna feel old? Incubus’ breakthrough album, Make Yourself, turned 20 this year. On this tour, shirt-averse frontman Brandon Boyd and his bandmates will play selections from the record — which included hits like “Drive” and “Stellar” — plus many of the SoCal quintet’s other atmospheric rock anthems, like the recently released “Into the Summer.” Pardon me, but this show sounds pretty awesome — especially because Mexican punks Le Butcherettes are opening.

The 1980s were weird, man. It’s hard to imagine another era where acts as sonically diverse as Madonna, Def Leppard and The Cure could all become stars. But thanks to MTV, as long as your video slapped, you could get regular airplay. This meant an unpredictable and eclectic mainstream, filled with everything from hair metal to bubblegum pop and all marked by a grandiose vision. Test your knowledge of the Me Decade here with host DJ Tanner Savage of Madison League Trivia.

Angel Olsen always aims for the heart. The alt-folk singer has a wavering voice accented by delicate guitar work, and it hits like a ton of bricks. Who would have guessed that music that sounds so pleasing could absolutely destroy you emotionally? Her latest album, All Mirrors, was released in October. Also appearing is Cameroonian indie rocker Laetitia Tamko, aka Vagabon.

There was always more to The Black Crowes than the squabbles of the mercurial Robinson brothers (basically America’s answer to the Gallaghers). For one thing, the Crowes’ groovy rhythm section was headed by a talented drummer named Steve Gorman, who has led his own band called Trigger Hippy since 2009. Back from a four-year hiatus, the band’s new album, Full Circle and Then Some, is an eclectic affair that features contributions from Willie Nelson’s harmonica player Mickey Rapheal and guitarist Sadler Vaden of Jason Isbell & The 400 Unit. Also performing here is Upper Mississippi River Americana group Pat Ferguson & The Sundown Sound.

Already hailed as one of the best films of the decade, 2019’s Synonyms follows a young Israeli man trying to reinvent himself in France, going so far as to only speak French despite a minimal understanding of the language. It’s a story of reckoning, asking the question of whether or not one can truly lose their former self and rewrite their own history. The film is based on director Nadav Lapid’s own experiences, so there’s an element of truth there as well.

Musician, actor and all-around badass, Kris Kristofferson is an American icon. For half a century the rugged troubadour has walked between the worlds of Nashville and Hollywood without ever losing a shred of his authenticity. And frankly, a chance to hear the man sing “Sunday Morning Coming Down” live should not be taken for granted. Kristofferson is a modern master, full stop. And he’ll perform here with his legendary backing band The Strangers.

Electronic producer Ouri has been all around this world. Based in Montreal, her roots are in France and South America. And her musical pedigree is unmatched; trained in piano, harp and cello, Ouri’s electro rhythms are heavily melodic. Her focus is on shifting soundscapes rather than pummeling bass, leading to a sound that ebbs, flows and crashes organically. Support will come from the industrial dance music of Austin, Texas’s Auntie.

If Lars Von Trier’s name is on a film, you know it’s going to be some combination of artistically challenging and deeply upsetting. But perhaps none of his works fit that description more than 2009’s Antichrist. This psychosexual horror movie stars noted weirdos Willem Dafoe and Charlotte Gainsbourg, and Von Trier really puts them through the wringer of gonzo performances and disturbing set pieces. It’s one of those films you only need to watch once, but you should still absolutely watch it.

Just by virtue of being himself, Sean Patton has a way of elevating every joke he tells. Many comics yell and stomp and carry on, but few use their outbursts to underscore humor as well as Patton. The New Orleans native’s outsized personality and gift for storytelling make him seem more like a great orator of old rather a modern comic — even if he is still talking about his dick.

J.E. Sunde first made a name for himself in Wisconsin’s music scene as a member of Eau Claire folk rockers The Daredevil Christopher Wright. But Sunde’s solo work has been more exploratory, fusing elements of soul and roots music with his indie background. His most recent album, Now I Feel Adored, was released in 2017. Joining him will be Milwaukee garage rock vet Graham Hunt, the former leader of Midnight Reruns now going it alone as a power-pop artist.

It’s the end of an era for Madison punks Proud Parents. Longtime bassist Maggie Denman is leaving the group, and this will serve as her final show with the band. And as if seeing PP — a totally killer live band — wasn’t enough to get you out of the house, they’re sending her off with a hell of a bill, too. Milwaukee power-pop hellraisers Platinum Boys and Madison indie punks We Should Have Been DJs will also perform.

Rapper Chynna seems poised to explode. A former model and opiate addict with ties to the tastemaking A$AP Mob, she’s a refreshing new voice in the hip-hop landscape. Combing the genre’s penchant for braggadocio with more introspective emo tendencies, Chynna is out there doing her own thing and we’re all the better for it. This is a chance to catch one of rap’s brightest new stars before she outgrows even the outsized personalities of the A$AP Mob.

Siblings Scott and Seth Avett are two of the biggest names in American folk. But for their new album, Closer Than Together, the Avett Brothers are high steppin’ further outside of that box. It focuses on the flawed individualism of America while continuing to utilize the brothers’ penchant for twisting their home genre to its outer reaches. After all, how many other Americana artists have former Def Jam boss Rick Rubin producing their albums?

One of the best decisions I’ve made in 2019 was to take a deep dive into Steve Earle. The outlaw country firebrand is one of the great American storytellers, cataloging the underclass with empathy and a caustic wit. Earle himself has survived crippling addiction issues to reemerge on the other side, not as a cautionary tale but as a triumph. And “Copperhead Road” sounds even more badass when it’s sung by a guy who’s been to hell and back.

If you like nerdy absurdity, Monty Python would be very much your shit. And you could start with the British comedy troupe’s stone cold classic film Monty Python & The Holy Grail. It is one of the most quotable comedies of all time, packed with brainy humor and uproarious set pieces.

Love him or hate him, there isn’t anyone else making movies like Quentin Tarantino. Hyper wordy and violent, QT has a style so specific it’s basically it’s own genre. And 2012’s Django Unchained is one of the auteur’s best works. Starring Jamie Foxx and Christoph Waltz (who won an Oscar for his performance) as a slave and German bounty hunter respectively, Django Unchained follows the pair on an epic quest for revenge and liberation in the antebellum south. And check out the flamboyantly evil heel turn from Leonardo DiCaprio as plantation owner Calvin Candie.

If you thought the end of summer (and painfully early start to winter) meant the end of the Madison Night Market, you were wrong. It’s back with a seasonal twist and shift to the top of State Street. In addition to all the local shopping, eating and drinking, there will also be a ceremony to light up downtown for the holidays. Join Santa, Mrs. Claus and Bucky Badger to officially* greet the season. (*As if Target didn’t already put Christmas trees up alongside Halloween decorations.)

Going to the museum is great and all, but it would be a lot better if you could actually take the art home with you. This fair will feature works by artists from around the country, plus gourmet food and drinks and live entertainment. Whether you’re a window shopper or looking to expand your own personal gallery, it’s a chance to pick up some one-of-a-kind pieces and support independent art in the process.

The ’90s were a golden era of truly “alternative” rock, with many of the decade’s most successful acts existing pretty far off of the mainstream path. This was the case with Blues Traveler, a quasi-jam band led by harmonica virtuoso John Popper. The group scored a pair of hits with “Run-Around” and “Hook,” both of which appeared on the sextuple-platinum Four (which turned 25 this year). These days, Blues Traveler is still going strong — and getting increasingly experimental. Their 2018 album Hurry Up and Hang Around saw them returning to their jam roots. Support will come from Kentucky blues/funk hybrid Magnolia Boulevard.

Fueled By Ramen began as a punk label co-founded by one of the dudes from Less Than Jake, but it’s since become a launchpad for effervescent pop rock. Paramore and Panic! at the Disco highlight its roster, and now MisterWives are joining on for the release of their upcoming third album. The group’s totally ’80s pop rock is catchy as hell and slyly artsy, very similar to what their labelmate Hayley Williams and her band did on Paramore’s fantastic 2017 album After Laughter. With the glitchy indie rock of Foreign Air.

Like Shania Twain and Colter Wall, Tenille Townes is Canada’s next great country star. There’s an assuredness to the 24-year-old, who makes timeless sounding country with a modern bent. Take Twain’s assured stage presence, the perceptive songwriting of a young Taylor Swift, and a girl-next-door charisma that’s all Townes’ own and you’ve got the makings of Nashville’s next big thing. Another up-and-coming country singer, Brookfield native Nora Collins, will open.