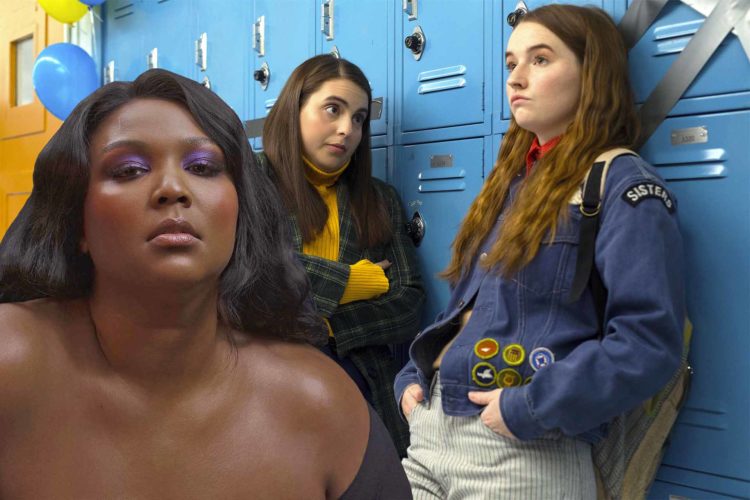 With Clyde Stubblefield gone, Joey B. Banks is the heir apparent of funk drumming in Madison. The Grammy-nominated artist has performed with long-running group Honor Among Thieves and popular tribute act Steely Dane but takes center stage here with his own trio. Along with Chris Clemente and Todd Phipps, Banks will be delivering a night of jazzy, organ-driven funk.

The right song can be as important to a film as any line of dialogue or camera flourish. A good soundtrack can make an OK movie good, and a good movie great. This edition of the monthly trivia series will test your knowledge of some of the most iconic soundtracks in film and TV, from Pulp Fiction to Game of Thrones to Scrubs (an essential source of music discovery for me; thanks, Zach Braff!). And while you’re there, stay for a performance by Madison hip-pop artist Daycatcher.

Whether you grew up on the cartoon or are just in it for the memes, SpongeBob SquarePants is a part of all our lives. Now everyone’s favorite square boi has his own Broadway musical, and it’s a technicolor adventure that scored 12 Tony nominations. Join SpongeBob, Patrick, Squidward and the gang as they cruise through tunes written by a diverse cast of artists: The Flaming Lips, They Might Be Giants, Panic! At the Disco and others contributed to the show’s score.

Formed by two brothers from Minnesota, The Cactus Blossoms make haunting country music. And while it’s true the genre sometimes exists within tight parameters, The Cactus Blossoms test its boundaries. Bon Iver saxophonist Michael Lewis was a collaborator on their 2019 album, Easy Way, adding an eerie punctuation to Page Burkum and Jack Torrey’s dark harmonies. They wouldn’t sound out of place on a show like Twin Peaks, which is probably why David Lynch featured The Cactus Blossoms in the third season. With punk-influenced country singer Esther Rose.

On their debut EP Swelling, ghostar delivers a soaring take on the post-genres. Post-rock and post-hardcore are both present here, played with a simmering intensity that seems to burst over atmospheric guitars. This is definitely a band to keep an eye on going forward. Also appearing will be dreamy Oshkosh punks Shoobie and Madison emo crew Parsing.

Like Rocky Horror, comedy classic The Big Lebowski is a film best enjoyed with other people. For one, it’s an essential part of the Brew ’n View series, if only to kick back and enjoy a White Russian (or “Caucasian”) with some like-minded achievers. But the Coen Brothers-directed film is also one of the all-time great hangout movies. It’s an endlessly quotable fable of slackers, nihilists and porn stars that gently meanders through a tale of a Hollywood intrigue. And there’s also a costume contest, so now would be as good a time as any to dust off those aviators and jelly sandals.

2019 is the year of Lizzo. Cuz I Love You, the Minneapolis-via-Houston pop juggernaut’s chart-topping third album, served as the soundtrack to our summer. I defy you to find me one person on this planet who does not love — or at the very least casually enjoy — Lizzo. I am a 28-year-old white man, and I belt out “Like a Girl” as if it were my motherfucking job. It’s not, though; my job is to write that I hope you got tickets to this show, because it is sold out. Long live the queen. Support comes from neo-soul singer Ari Lennox and DJ Sophia Eris.

John Carpenter fans will want to check out Boy Harsher. The Massachusetts duo plays eerie, pulsing synth music that will make you feel like some masked slasher is following you around. Coincidentally, it also makes you want to dance. This is pretty much rave music for spooky season. Joining them will be goth-pop act Spellling and Klack, a duo made up of Madison electro vets Eric Oehler and Matt Fanale.

The annual garage punk party returns, and the first night is highlighted by the weird and wild Wood Chickens. This alone should get you out of the house, but the lineup also includes a pair of great Chicago punks, Cowboys and Hitter. Local shredders Fire Heads round things out.

With his debut feature Played Out, Madison filmmaker James Runde turns the camera on the local music scene. Its characters struggle and strive to make their passions work out, all while balancing their real-world responsibilities of day jobs and personal commitments. Imagine Richard Linklater’s hipster classic Slacker, but with Austin, Texas swapped out for a much more familiar city.

South Carolinian (and frequent Madison visitor) Rory Scovel is delightfully deadpan. The lauded comic is a master of absurdist observation, all delivered in a way that makes you feel like you’re as much a part of the joke as he is. Come out and get weird with one of comedy’s premier storytellers.

EDM superstar Zedd has collaborated with some of the biggest names in music. Ariana Grande, Alessia Cara, and Maren Morris have all called on the DJ to add his thundering production to their songs. Even in a genre built on piledriver bass drops, Zedd employs a delicate touch that separates him from his peers. He’s a shapeshifter, able to leave his signature on a song without taking it over. Swedish dance duo NOTD will also be on hand to warm up the crowd.

The supergroup boygenius is comprised of three very talented songwriters, but Lucy Dacus might be the best of them. Like Julien Baker, she has the ability to reduce you to a sobbing heap. And like Phoebe Bridgers, she has a dry wit that she’ll use to break the tension. Dacus writes songs like a great novelist. By telling intensely personal stories packed with minute details, she transports you back to their points of origin. Her second album, Historian, was released in 2018. With Georgia folkie Liza Anne and indie pop band Sun June.

The Hussy aren’t the only local band dropping new music. Jamgrass crew Armchair Boogie are delivering their second record, What Does Time Care?, and it’s sure to be a perfect soundtrack to your next campfire. Joining them will be local favorites (and awesome band name havers) Chicken Wire Empire and Minnesotans Barbaro.

Friday through Sunday, Oct. 11-13, The Marquee at Union South (info)

Directed by actress Olivia Wilde in her debut behind the camera, this year’s Booksmart is a raunchy comedy for the smart girls. (And everyone else who enjoys great movies.) Beanie Feldstein and Kaitlyn Dever play two overachieving teens who decide to cut loose on the last day of school. And if that summary brings up Superbad vibes, it’s sort of fitting: Feldstein’s brother is Jonah Hill.

Ruston Kelly is country music’s comeback kid. He started out as a songwriter, appearing on Tim McGraw’s 2013 album, Two Lanes of Freedom. But Kelly also struggled with addiction issues, ultimately landing in a “fucking Bible-beating kind of rehab in North Carolina” because he couldn’t afford anything else. All that’s in Kelly’s rearview now, and his debut full-length Dying Star is a triumphant statement that recalls Ryan Adams’ early work (without that artist’s planet-sized ego). And with any luck, Kelly might be propelled to similar heights of fame as his wife, Kacey Musgraves. With Canadian folk rocker Donovan Woods.

When Bob Marley died, one of his last requests was that his band, The Wailers, stay together and continue to perform the music they created. For nearly half a century, the group has been a reggae institution. They’ve defined the socially charged, musically laid back ethos of the genre and remain a marquee group to this day. Marley’s legacy couldn’t be in safer hands.

When Anna Vogelzang departed Madison for Los Angeles in 2016, she left behind a fiercely loyal fanbase and a history of charitable work. (She helped start the annual Second Harvest benefit concert Wintersong.) Those fans will be happy to see her back, and to make things even better she’s bringing a new record with her. Beacon is a big damn record, reminiscent of the cinematic indie pop of her new California home but maintaining a tender Midwesternness. Former Della Mae member Courtney Hartman and folk duo Coyote Brother will also perform.

Hailing from the Isle of Wight in England, the young dudes of Grade 2 are punk classicists. They carry on their home country’s tradition of oi!, a beer-soaked, loud-and-proud sub genre that’s defiantly working class. Upping the punx will be a couple of Madison bands: boozy legends The Bottles and fiery hardcore punks Black Cat.

Time for a fit check, Madison. 10 local retailers will showcase their best looks, with proceeds going to some great causes: Rape Crisis Center, Clean Lakes Alliance, and Doyenne. Music for the catwalk will be provided by DJ Radish, with Chicago’s DJ Dani Diehl taking over for the late night after party. As Tim Gunn would say, “Make it work, people!”

Like Bert Kreischer, Theo Von’s comedy has a genial bro-ness to it. But while Kreischer is the consummate party boy, Von leans toward subject matter that’s a bit darker. He dives headfirst into subjects like race and gender, unafraid of who he offends in the process. (No Offense was also the title of his 2016 Netflix special.) He’s basically a frat boy version of Bill Burr.

Confession time: I had never listened to Michigander before writing this. But in my extensive research, I stumbled upon the song “Poplar.” Then I listened to it three times consecutively. Jason Singer, the Kalamazoo musician behind Michigander, has an innate ability to create giant-sounding songs, reminiscent of The Killers’ most Springsteen-y tendencies. The group’s newest album, Where Do We Go From Here, was released last month. With southwestern-flavored indie rock band Jared & The Mill.

For those of you who take your metal black, this show will serve up two of the heaviest hitters going. Obituary and Abbath may come from very different places — Florida and Norway, respectively — but their blistering sounds seem to come from the same pit of hell. This is a chance to see two of black metal’s defining acts on the same bill. Also on this tour stop are Cleveland’s Midnight and Philly’s Devil Master.

‘The War at Home’

The University of Wisconsin was a major hub for the antiwar movement during the Vietnam War. The tensions and clashes between students and police were famously captured in this Oscar-winning documentary. For the film’s 40th anniversary, co-director Glenn Silber will be in attendance at this screening and participate in a panel discussion. Proceeds will go to The Progressive.