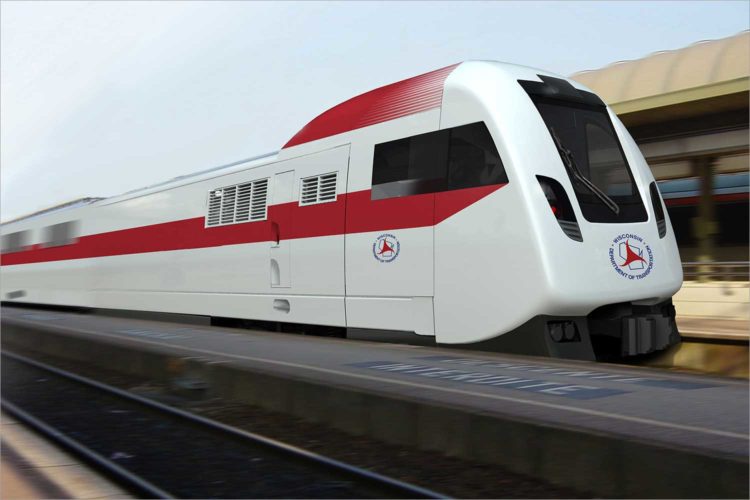 I did not think I would be this into a podcast about trains.

Wisconsin Public Radio has released the first episode of Derailed. A limited-run podcast series, it will examine failed plans to bring high-speed rail travel to the state. Madison and Milwaukee would have connected to Chicago (and maybe eventually other cities) at speeds up to 110 mph, but the Destroyer of Nice Things Scott Walker torpedoed it shortly after his 2010 gubernatorial election win.

“I think that when people remember this story, they remember the ending,” co-host and WPR reporter Bridgit Bowden recently told The Cap Times. “But going all the way back to the beginning has been really interesting.”

Bowden says the train is still a contentious topic for many in Wisconsin. For every person who wanted it, there’s another who saw it as a “boondoggle” we couldn’t afford. (Never mind that President Obama more or less handed us $810 million to build it — federal money that wasn’t saved but spent by other states instead. But I digress.)

Derailed begins at an unlikely starting point: another Republican governor. For Tommy Thompson, who held the office from 1987-2001, trains are a lifelong passion. In “Tommy’s Train,” the podcast’s 19-minute first episode, Bowden and co-host Shawn Johnson paint the gregarious ex-guv as being fascinated by the subject ever since he was a boy in Elroy.

“Me and my buddies would hop onto the trains and freight trains and ride them to the edge of town,” Thompson, now 77, says in Derailed.

Thompson first proposed the rail line in 1999, and pushed for it hard. At the time he was also Amtrak’s chairman of the board — which seems like a glaring conflict of interest in retrospect — and was in the process of securing funding for the project. Given Thompson’s reputed doggedness, it seemed all but certain.

He had envisioned Dane County Regional Airport as a hub for both land and air travel. In 2000, during the State of the State address, Gov. Thompson displayed concept art that reimagined it as a combination train station. (“No more lengthy layovers,” he said. Yeah, sure buddy.)

But later that year, future war criminal/friend of Ellen’s George W. Bush appointed Thompson to a Cabinet position, ending his time in Madison and delaying plans to revolutionize Wisconsin’s transportation. And that’s where “Tommy’s Train” ends: a doomed idea in limbo, eventually killed by a craven goober/podcaster.

There were a handful of attempts to revive the high-speed rail project before its undoing. In the coming weeks, Derailed seeks to fill in the details surrounding them and how politics have changed overall. New episodes will drop each Wednesday on all major podcast platforms.