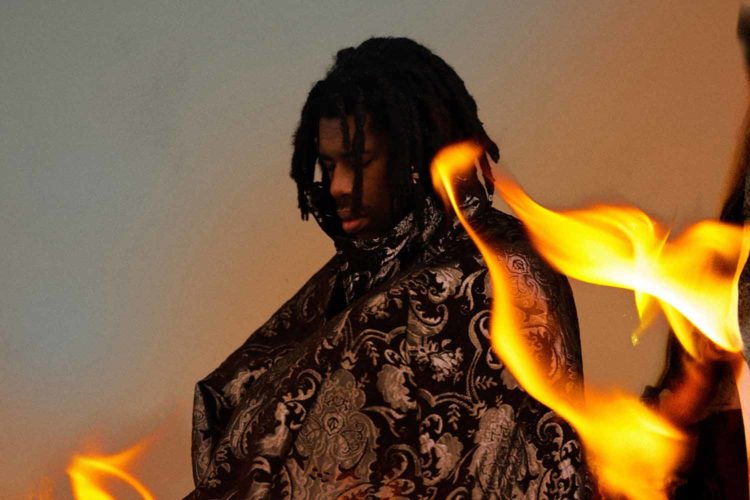 Enjoy one of Madison’s crowning cinematic achievements at a place where it was actually filmed. In 1986’s Back to School, UW’s campus stands in for fictional Great Lakes University. (Go Hooters!) The film stars Rodney Dangerfield as Thornton Melon, a crass-but-lovable businessman who follows his son to college to keep him from dropping out. It’s one of those implausible plots that could only have worked in the ’80s (or possibly as modern reality TV).

Though it’s been off the air since 2015, Parks and Recreation remains one of the most enduring and endearing shows in recent memory. The NBC sitcom nailed the mundanity and quirkiness of the small-town Midwest and has inspired an unending well of quotes. (See: “Treat yo’ self!”) Test your knowledge of the show and potentially win a $100 Comedy on State gift card in the process. Costumes are encouraged, so now is as good a time as any to bust out that Letters to Cleo shirt at the back of the closet.

On Flamagra, Flying Lotus’ latest album, the L.A. producer finds his sound reaching its final form. With assists from Anderson .Paak, Solange and, um, David Lynch, FlyLo has created an album that compiles all of his weirdest tendencies and disguises them in a funky package. Like George Clinton before him, Flying Lotus takes funk to the moon and back, with soul and hip-hop along for the ride. And David Lynch. Can’t forget that old weirdo. Also, this is Flying Lotus in 3D, and I can’t imagine a better way to hear selections from Flamagra than coming straight at you. He’ll be joined by his experimental Brainfeeder labelmates Brandon Coleman Spacetalker, Salami Rose Joe Louis and PBDY.

If you like irreverence, this might be the show for you. Cribshitter marries goofy, absurd lyrics to slick pop production, but they’re far from a joke. A group of lesser musicians could seem like a parody, but Cribshitter pulls off their act with incredible deftness. And speaking of “great artists who also happen to be very funny,” Free Dirt will be out for support. Rounding things out is Holly and the Nice Lions, a Green Bay garage punk band “named by a four-year-old.”

Local darkwave outfit Cave Curse released a new 7-inch in May, and they’re heading out on tour to support it. This show will kick off that trek, with a bill featuring two similarly spooky bands. First is Axis: Sova, a Chicago-based band that combines elements of psych-punk and drone. And making a rare Mickey’s appearance are Madison avant-garde improvisers Threadmaker.

Vendors and artisans from across the state will offer everything from artwork and jewelry to so so much good food. This is the final Bodega of 2019, so if you can’t make it to this one, unfortunately you’ll be waiting until next summer. Think of all the cool stuff you’ll miss out on!

Originally from Milwaukee, Gareth Reynolds is one of today’s most sought-after comedy writers. In addition to working on acclaimed sitcoms like Arrested Development and You’re the Worst, he also co-hosts the popular podcast The Dollop with Dave Anthony. Reynolds has a knack for excitedly cynical observations on everyday life, all delivered with his Midwestern genialness. Also, he knows how to make a beer holder out of tin cans. A true polymath.

The festival tends to be a music lover’s paradise, and this year is no different. With Thursday set aside for family night, Orton Park Festival’s remaining three days feature a wide array of local and national acts. Friday will see Madison expats Slow Pulp (who released a new EP in May) return home. Saturday has local favorites Raine Stern and German Art Students, among others, opening for Missouri punk siblings Radkey. And Sunday is highlighted by an appearance from Wood Chickens, with Indiana jam band The Main Squeeze set to close out the festival.

I had the good fortune to see “Evil Dead: The Musical” in 2014, and it turned my conception of musical theatre on its bloody, undead head. The show importantly maintains the gory, mind-bending brilliance of Sam Raimi’s original 1981 film, but it also turns its camp factor up to the max through the power of song and dance. Guests seated in the first few rows should bring a poncho, lest they fall victim to the fake-blood “splatter zone.” Groovy. This University Theatre production opened last week and also runs Thursdays through Sundays, Sept. 19-22 and Sept. 26-29.

Like GWAR, The Aquabats or our very own Masked Intruder, Here Come the Mummies is a band incognito. The Nashville-based funk rock outfit has an ever-changing lineup, with the only connective being that its members all dress up as mummies onstage. No one knows any of the players’ identities — likely because many of them are under contract to other record labels — but that hasn’t stopped Here Come the Mummies from releasing nine original albums of spooky funk. Madison’s The People Brothers Band will also be there, bringing their feel-good funk. This show was rescheduled from July 19, when the Mummies were forced to postpone due to injury.

The War and Treaty

If you’re trying to plan a date night, The War and Treaty would be a pretty great choice. Married couple Michael and Tanya Trotter come from very different backgrounds; he’s an Iraq War vet and she acted in the film Sister Act 2: Back in the Habit. But together they make rollicking Americana soul that’s brimming with love and enthusiasm. Our ears are all much better off for the cosmos bringing these two together.

For one night only, dearly departed Madison post-rockers El Valiente are coming back from the dead. Their music is cinematic in scope, drawing from the dusty influences of founding member Eric Caldera’s Texas upbringing — imagine a spaghetti western soundtrack, but with better riffs. Also appearing are New York experimentalists Pas Musique and local alt-rock throwback Sky Urchin.

Milwaukee’s Evacuate the Earth is in a category all their own. Their experimental alt-rock could be called apocalyptic, given their frequent deployment of jarring sound bites and ethereal theremin. It’s a form of chaos that seems to perfectly suit a global panic, is if we actually did need to leave this world behind. You know shit’s about to get real when even the saxophone sounds scary. With a pair of Madison pop outliers: the psychedelic stylings of True Name and the jangly folk of Gentle Brontosaurus.

Former mayoral candidate Nick Hart is recording a comedy special, and you’re invited to join him. Is this Void Even On? will be a vehicle for the comic’s dark observational humor, which has always sought to make sense of the chaos of everyday life. It’s set to feature “stand-up comedy, storytelling and songs.” Personally, I’m intrigued by the “songs” part. Is Nick Hart going to sing? If not him, who? These are questions that can only be answered by attending.

Saturday Night Live devotees will recognize Kyle Mooney as the floppy-haired absurdist whose bizarre sketches usually air sometime after Weekend Update. 2017’s Brigsby Bear is Mooney’s feature screenwriting debut, and it’s understandably weird. Mooney plays James, a man held captive in an underground bunker and obsessed with a children’s program called — you guessed it — Brigsby Bear. Hilarity ensues when James finally leaves the bunker and sets out to complete the show himself.

Jam Band Royale: A Salute to the Best

Madison bands become jam legends for this tribute show. The lineup features Soul Symmetry as The Allman Brothers Band, Snafu as Phish, and Pine Travelers as moe. And members of Pine Travelers, steez and Wheelhouse will take on the songs of Sound Tribe Sector 9. (Or “STS9, broski,” as my college weed dealer would say repeatedly.) In addition, DJ Nate Zukas will spin all vinyl Grateful Dead.

Fact: It is impossible not to smile while listening to Michael Franti & Spearhead’s 2008 hit “Say Hey (I Love You).” Even I love that song, and I’m a jaded cynic in every sense. It’s a quintessential summer jam; what better way to enjoy the season’s end than hearing it live? Franti will headline 105.5’s fourth annual Block Party, along with cheeky folk-pop artist Brett Dennen. Rounding things out are songwriter-turned-pop star Delacey and the earthy soul-pop of Wilder Woods, aka NEEDTOBREATHE’s Bear Rinehart.

Good bar rock bands are hard to find. There are tons of them out there, but so many lack the songcraft or personality to stand out. Thankfully, Madison’s The American Dead has each in droves. The long-running quartet specializes in tender, whiskey-soaked anthems; this is what The Replacements would sound like if Paul Westerberg grew up listening to Alkaline Trio. With a trio of Wisconsin punk rippers: Schmoolio, Not Dead Yet and Common Threads.

For nearly half a century, Daryl Hall and John Oates have been a standard-bearer for soulful pop rock. Known for hits like “Rich Girl,” “Maneater” and “Private Eyes,” the duo have weathered changing musical trends and endured as one of the most influential artists of the 20th century. You can still hear remnants of Hall’s falsetto everywhere from Fall Out Boy to Bon Iver. Joining Daryl and John (not Hall and Oates) will be noted cold beverage-enjoyers G. Love & Special Sauce.