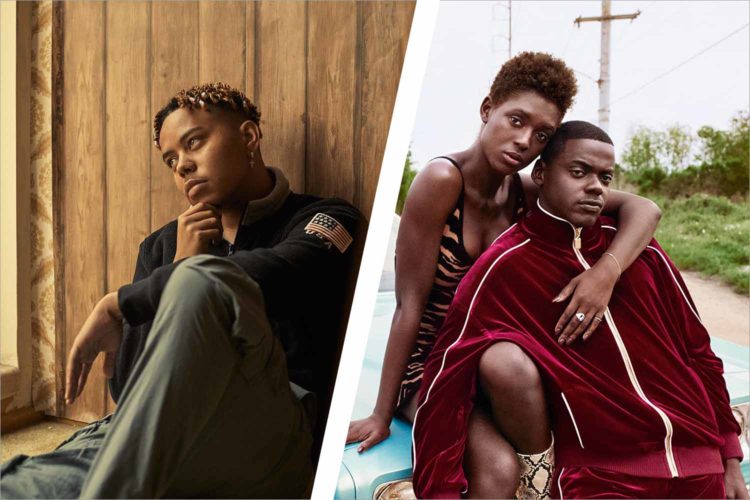 There’s a case to be made for the genre I’ve taken to calling “mom rock.” Typified by artists like Gavin DeGraw and Matt Nathanson, it’s my catch-all for slick, tender pop rock that exudes the warmth and comfort of a favorite rom-com. Kearney falls squarely into this category, cranking out gentle tunes with a wistful eye. His sixth album, Crazytalk, was released in 2018. Joining him is Eli Teplin, a classically trained pianist and esteemed alum of The Billy Joel School of Piano Rock.

There have been plenty of riffs on Groundhog Day’s premise: for example, Edge of Tomorrow explored the concept for the sci-fi/action genre, while Happy Death Day adapted it for horror. It’s even a Jeep commercial now! And Andy Samberg recently sold a film at Sundance (for a very nice amount) that turns it into a romantic comedy. But there will only be one true Groundhog Day, the 1993 comedy that finds Bill Murray’s prickly weatherman forced to relive the same day over and over and over again. Keep your eyes peeled for a very young and much less terrifying Michael Shannon.

Like the A$AP Mob, YBN is a hip-hop collective whose members wear its name like a badge of honor. Cordae is probably the most high-profile member of the group — and listening to his 2019 solo debut The Lost Boy, it’s understandable why. The 22-year-old builds his tracks on luxurious soul samples (think Dropout-era Kanye) and incisive lyrics about social strife. In an era where a lot of artists his age are building their careers on memes and soundbites, Cordae has created an expansive throwback to hip-hop’s golden age of production. Bay Area rapper and singer 24kgoldn will open this sold out show.

You may have your disagreements with your conservative family, but probably not to the extent that Megan Phelps-Roper did. The 34-year-old grew up in the hateful, picket-happy Westboro Baptist Church (which I am required by law to point out was once trolled by Foo Fighters via a country song about gay sex). She even ran the church’s Twitter account, making her directly responsible for some of its most venomous rhetoric. But in 2012, Phelps-Roper had an epiphany and, along with her sister, left the church — and her family. She’ll be giving a talk here about forging bonds with people we may disagree with, a topic she knows a lot more about than most.

It’s time again to decide once and for all (well, at least a year) who Madison’s best stand-up is. And this first heat of performers is jam-packed with 33 comics. This includes recent America’s Got Talent competitor Kevin L. Schwartz, a guy who was funny enough to win the approval of professional dickhead Simon Cowell. Another preliminary round of comedians will perform on Feb. 12.

NYC trio Too Many Zooz appear to have stepped out of a cartoon and into real, three-dimensional life. The group is endearingly odd, from their loud manner of dress to their pumping “brasshouse” sound — a gumbo of influences that includes ska, dub and funk. Better still, Too Many Zooz have a way of commanding crowds that’s unparalleled. You’ll want to book them for your next house party. With Birocratic, a Brooklyn-based hip-hop artist with a knack for matching sound and color.

Madison’s time-constrained theatre troupe Are We Delicious? — who specialize in original plays created in just seven days — ask a simple question: whodunnit? Spooky Adventure Club is about a possible ghost trying to stop the sale of a family estate. Soon enough, the mystery-solving Spooky Adventure Club is on the case. It sounds like The Haunting meets Knives Out meets Scooby-Doo, so color me intrigued.

With a caustic wit and quizzical New York accent, Paul Virzi is really good at pointing out the absurdity in commonplace things. Like the time his daughter completely destroyed him in a lightsaber fight, with a surprising amount of malice for a child. He’s probably the funniest guy out there raising a future Sith lord. (And if you really like him, check out his podcast The Virzi Effect).

Of all the peculiarities of ’90s rock, Soul Coughing were among the most peculiar. The idiosyncratic band was led by Mike Doughty, a poet at heart with a love of mashing up seemingly unrelated genres like jazz and electronica into a sound that comes out like trip-hop. (But somehow weirder, if that’s possible.) He is a prolific solo artist, releasing more than a dozen albums full of his genre experimentations. Doughty and longtime collaborator Scrap Livingston will play a set of online requests here, sourced individually for each show. Doughty also performs with his opener, Memphis improvisational band Baby Men.

For the first time in more than a year, David Poole is returning to the stage. The Madison musician uses airy synths to craft ethereal soundscapes, as spacey as they are danceable. And his support here is top notch, including garage-pop outfit Norris Court (featuring ex-members of Miyha and Interlay) and the soft sounds of Suko.

Boston post-hardcore outfit Fiddlehead has an impressive pedigree. Memebers Patrick Flynn and Shawn Costa were members of the legendary Beantown hardcore crew Have Heart. Guitarist Alex Henery, meanwhile, comes from the English alt-emo band Basement. Together they’ve crafted a sound that will crack your skull and rewire your brain. They released their debut album, Springtime and Blind, in 2018. With a pair of homegrown Wisconsin emo bands, Oshkosh’s Cricket and Madison’s Parsing.

French New Wave icon Agnès Varda, who died last March, couldn’t have come up with a more perfect swan song. Varda by Agnès explores the late film director’s life, serving as a walkabout through her storied career. The 2019 documentary takes an inside look at Varda’s films, photos and feminism, but it also paints a distinctly human portrait of the cinematic titan by featuring the little things she loved, from cats to heart-shaped potatoes. Equal parts warm and experimental, Varda by Agnès proves this artist was a true original up until the very end.

Ho-Chunk photographer Tom Jones (no, not the Welsh lounge singer) presents a visual essay of his people. Specifically, Jones will discuss how he’s incorporated the tribe’s traditional beading designs into his ongoing series, which offers an inside look at modern life within Ho-Chunk nation. Jones is also an art professor at UW and co-wrote the book People of the Big Voice: Photographs of Ho-Chunk Families by Charles Van Schaick, 1879-1943.

Featuring a script by actress and former Master of None scribe Lena Waithe, 2019’s Queen & Slim is a modern take on Bonnie and Clyde. After a harrowing encounter with a vicious cop, Tinder dates Queen (Jodie Turner-Smith) and Slim (Daniel Kaluuya, continuing his streak of playing characters who have awful things happen to them) find themselves on the run from the law. In addition to its poignant racial critiques, Queen & Slim is also a pretty thrilling crime drama. And music fans will be pleased to see both Sturgill Simpson and Flea appear in supporting roles. (Well, pleased for Sturgill not so much, but telling you why would be a major spoiler.)

If you thought little Danny Torrance’s life couldn’t get any worse after the events of The Shining, you’d be wrong. Now an alcoholic adult (played by the always-welcome Ewan McGregor), Danny is trying to get his life together in this 2019 horror film. But that’s not easy when he also has to deal with psychic vampires trying to feed on his mind powers. I know, it sounds insane. But in the realm of Stephen King, it’s actually one of the more straightforward stories. And it’s especially intriguing in the hands of director Mike Flanagan, the mind behind Netflix’s chilling The Haunting of Hill House.

As frontman for Lost Lakes, Corey Matthew Hart pumps out sparkling folk-pop tunes with bandmate Paul Mitch. He’s much the same on his own, an assured troubadour with a remarkable amount of presence and polish. It’s crazy to me that Hart isn’t playing in the same league as artists like Hozier or Ray LaMontagne, the latter of whom Hart’s voice bears a striking similarity. But until that day comes, take pleasure in getting to see a performer of Hart’s caliber for free, and maybe buy some merch while you’re there?

Like so many of us, The Paranoyds’ members first came to punk rock through MySpace. That era’s imprint on their music is indelible. A cocktail of pop, punk (but not pop punk) and grunge, The Paranoyds will make you yearn for the halcyon days of the mid-2000s. Their debut album, Carnage Bargain, was released in September. The opener, Spendtime Palace, is a Californian indie quintet with an amorphous sound and a video featuring Canada’s coolest teenager, Finn Wolfhard.

The Oscars are on Sunday, so time is running out to get caught up on the films nominated for Best Picture. The second day of this Best Picture Festival will showcase the remaining three movies up for the prize: darkhorse crowd pleaser Ford vs. Ferrari, lauded Korean class satire Parasite, and the sprawling Once Upon a Time… in Hollywood. Take solace in the fact that for all of the Oscars’ many faults, none of this year’s nominees are as objectively terrible as last year’s winner, Green Book. In addition, Best Animated Short nominees will also be screened.

It’ll be a busy weekend for Parsing bassist Kyle Kohl, who plays the Rathskeller on Friday (see above) and recently joined shoegaze band ghostar as its third member. Expect their wall of sound to be even louder with his assistance on the low end. The group’s debut EP Swelling was released in October. They’ll be support here for the Rockford screamo outfit Frail Body, who recently released their inaugural LP A Brief Memoriam last year on Deathwish Records. Milwaukee post-punks Snag round out the bill.

James Cameron’s epic true story was a bonafide cultural phenomenon. Not only did it serve as a special effects game changer — the second half of the film is intense — but Titanic also turned Leonardo DiCaprio and Kate Winslet into household names. It’s one of the most important films of the 1990s, a reminder of a time when blockbuster filmmaking didn’t have to be connected to superheroes or Stormtroopers. It’s also one of the longest, so remember to use the bathroom before the show starts. Titanic will also screen on Monday, Feb. 10 and Wednesday, Feb. 12.

If Brad Pitt doesn’t win Best Supporting Actor for his role in Once Upon a Time… in Hollywood, I’m going to drive to Los Angeles and set myself on fire in front of the Dolby Theatre.